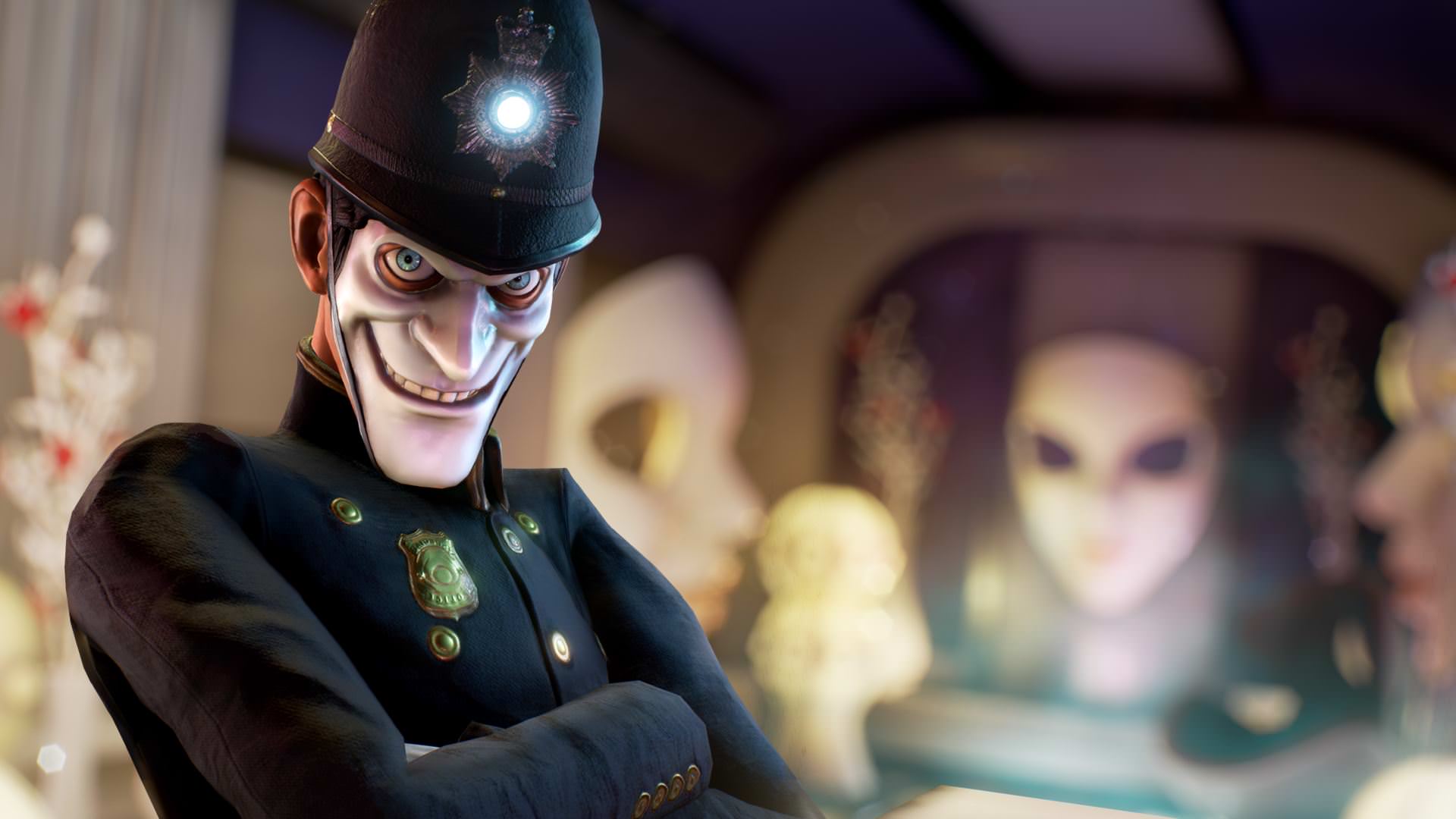 We Happy Few is a game that I have personally been very interested since it was shown off years ago at E3. It had that very weird feeling that a game like Bioshock can give you but was also seemingly new and unique, at least from a visual and story standpoint. It started as a Kickstarter project that gained traction fast, then was picked up by Gearbox for publishing rights. Now the game has been in early access on the Xbox preview program since mid-2016, but I have not played that build of the game, so I can’t speak on it.

I want to make people aware that is a title that the public has been able to play for quite some time. However, my review will be of the final release of We Happy Few. I have taken my time with this game and really thought about it deeply. As it is a full $60 release for a new game, some people have naturally been very wary of it. Despite my love of the visuals and story I want to make people aware of exactly how this game’s strengths and weaknesses land. 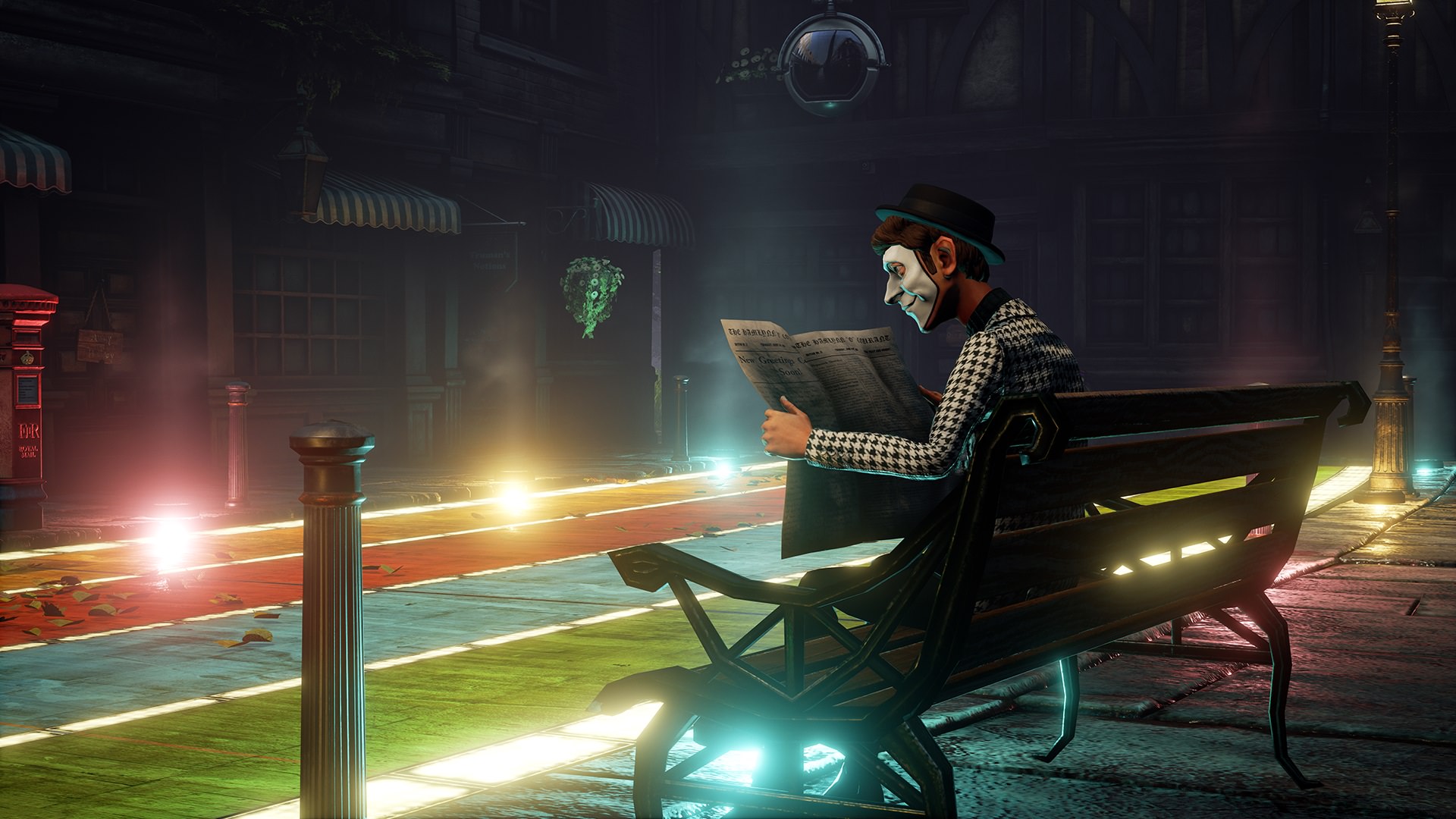 We Happy Few is developed by Compulsion Games and is first-person role-playing with survival and rogue elements sprinkled onto the gameplay. It takes a similar style story to something like Wolfenstein where it’s an alternative take on a post-WW2 world. Taking place in a fictional city of Wellington Wells which is located somewhere in England, you’d clearly assume, players take up the role of 3 different characters.

Arthur Hastings is a mild-mannered man, Sally Boyle is more about stealth in terms of combat, Ollie Starkley used to be a former soldier during World War 2 and serves as the more combat centered character of the bunch. Although their plots don’t really mix together, they fill the pieces of the world very well in an interesting and engaging way. The whole story is about how a society is controlled by a drug called joy which alters the reality of those who use it, making them believe things are better then they appear to be.

The usage of this controlled substance leads to parts in the game where you can choose to take joy or not with the characters you play as. You also have many different characters to play as, regarding back to the rogue elements in the game. In terms of pure presentation, voice acting, narrative direction, and the culture behind the game, it’s easily one of the best and most unique experiences of 2018, and makes me excited to see what Compulsion Games does next as an Xbox first party studio. But it is when we come to the gameplay and mechanics of the game where the issues do start to arise. 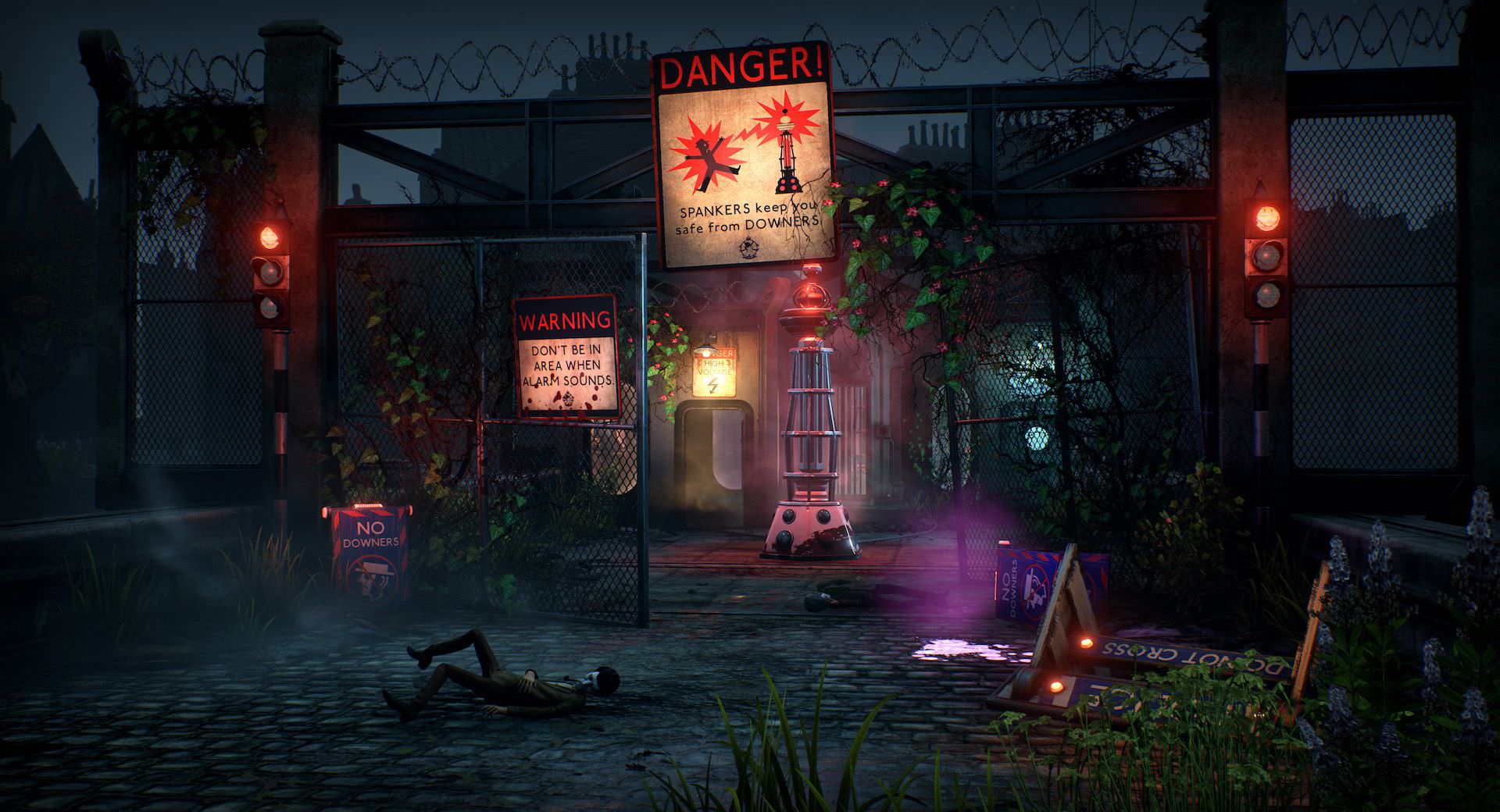 The gameplay consists of first person combat with various weapons like axes and guns while going around through randomized towns that feel somewhat copy and pasted and can get very repetitive pretty fast as the citizens feel lifeless and so do the environments most of the time. The issues the gameplay and world suffer from are in stark contrast to how the well-presented narrative feels. Sadly, the gameplay of We Happy Few does not reflect this in the slightest.

The game’s more linear and handcrafted elements are what feel well constructed and fulfilling to play. But the rest of the game feels much more repetitive and rushed. As you can be crafting elements, aspects of survival elements like eating food, and even choosing to sneak through towns, conforming to society, or simply fighting through the town. So, you really can only do the same thing so many times before its natural gameplay loop becomes uninteresting and a more finely crafted and linear experience would’ve served a game like this much better as it puts such a focus on narrative and the world, just for you to end up hiding behind a randomly generated trashcan which is funny to think of now. In the end, open world aspects hinder We Happy Few more than help what would have been an otherwise great game.

Despite all its issues We Happy Few is a really enjoyable game, mostly because of its unique vibe and great story. If it had a more crafted structure to the level design instead of procedurally generated areas, along with more thought out gameplay mechanics to mesh with its world and narrative it could have been one of the best titles of this year. Instead, it falls short and serves as just simply a good game that could have been so much more. I am interested in seeing what Compulsion Games does next as a first party studio with Xbox, but for a game with a smaller budget and a great story it is a good first start. We Happy Few earns a 7.5 out of 10. Make sure to take your joy.