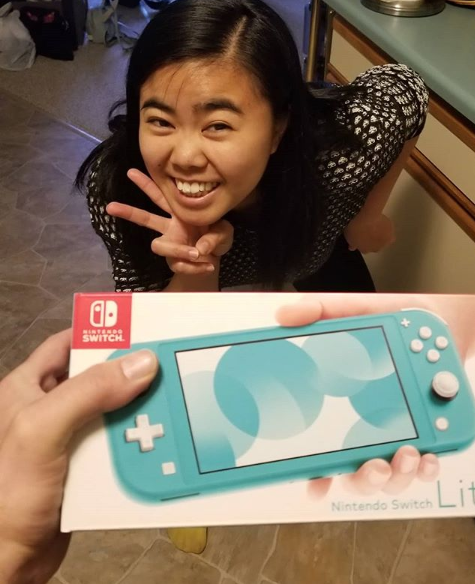 We’ve spent a solid few weeks with the Nintendo Switch Lite and now it’s time to share our final thoughts on Nintendo’s new standalone hardware. Many commented on the slightly awkward feeling original Switch handheld mode as the snap-on JoyCons which defined the new hybrid platform also made going completely portable take some getting used to at the time.

The first moments of your time with Nintendo Switch Lite will be complete satisfaction in the feel and quality of the device, joysticks, buttons, lightweight and overall ergonomic design. The Nintendo Switch Lite has no video output processor in order to reduce price, increase battery life, and reduce heat, and instead focuses all of its design choices on optimal portable gaming with the full library of Switch. 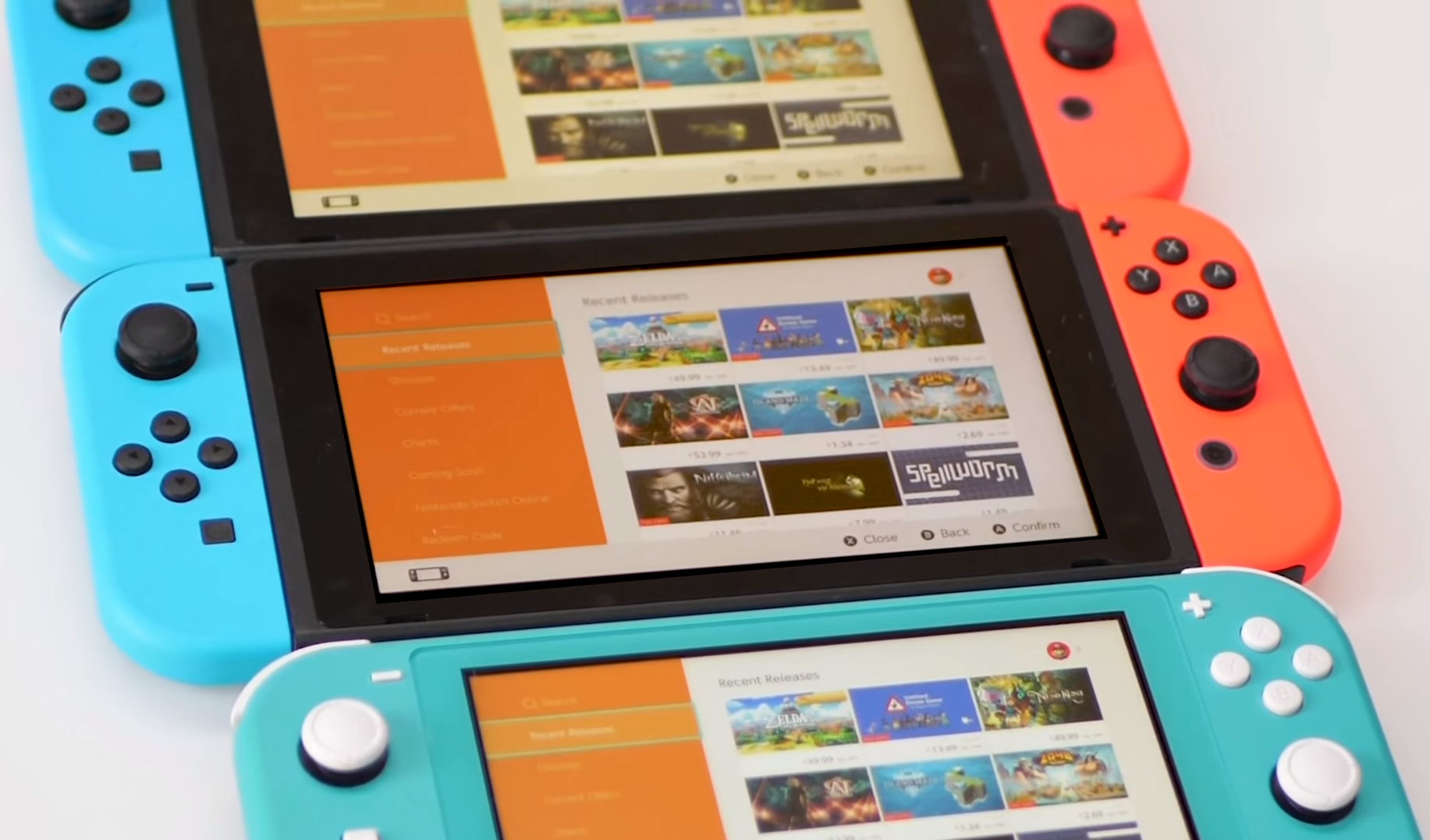 Display / Graphics: In Digital Foundry‘s high-accuracy testing it was also seen that the differences between the OG Switch, Mariko Switch, and Switch Lite display calibration is significant with the Nintendo Switch Lite actually housing the absolute best color gamut out of the bunch! As you can clearly see in the image above the Mariko Switch has a red-shift layer on top of the color, the OG Switch has a yellow or orange style haze overlaying its graphics, and the Switch Lite is nearly a perfect white back-light with no visible color shift and instead the most accurate visuals provided by the Switch family. In addition to these boasts the Switch Lite also manages to run faster, with less power, at cooler temps, and with better looking visuals – all on the go and at a cheaper cost of entry. 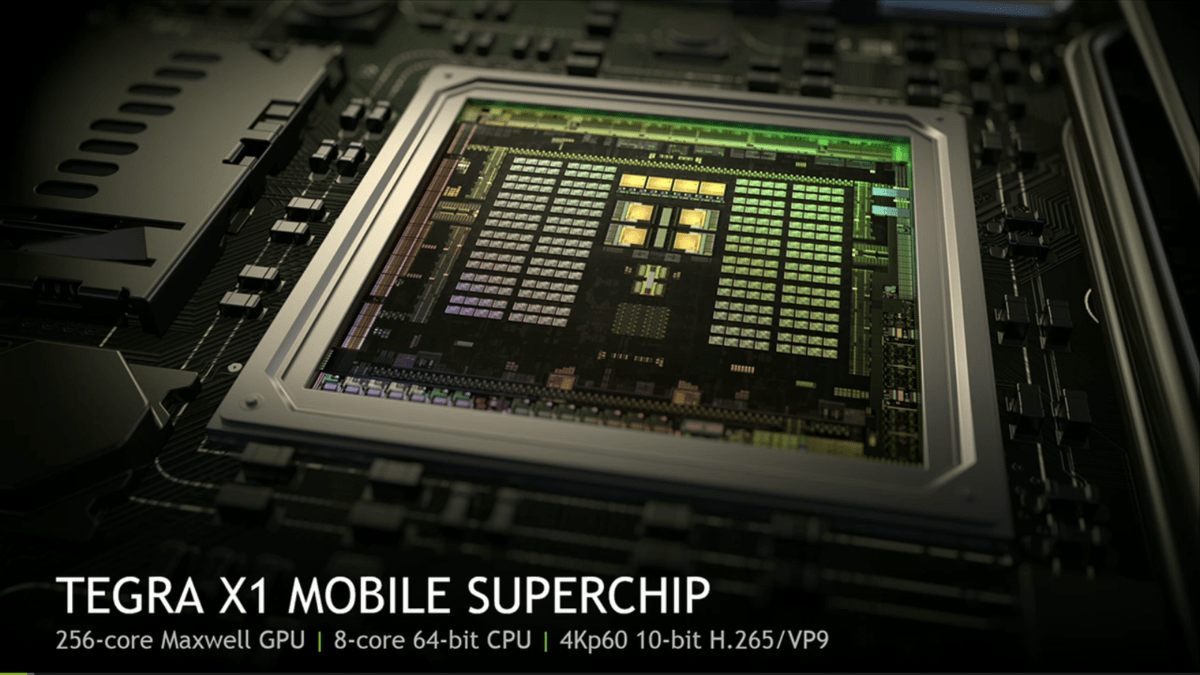 Processor / Memory / Storage: Switch Lite is using an NVIDIA SoC called the Tegra X1 T214 whereas the OG Switch used a Tegra X1 T210 which was subject to a lot of hacking due to a flaw in the original hardware. In terms of available memory, the Nintendo Switch Lite is able to replicate most functionality of the PlayStation 4’s operating system in terms of multi-tasking, which is to say, not much of it. As expected, one game can be run at any given time – so closing one will mean saving first and simply suspending or quick-saving is not always available depending on the title. Storage is handled in a smoother way than on PS4 as the Switch Lite’s operating system gracefully, and with ease, handles spreading a library over multiple Micro SDs of varying brands and capacities as well as on the system’s internal storage. It is our advice that at least half of your internal storage should be kept empty if possible as always on machines with high-speed data as this will act as virtual RAM as needed.

IR Motion Control, detach-ability, HD Rumble, or JoyCon Motion Detection have all been removed as well as the Auto Screen Brightness Sensor in order to deliver better battery life and cheaper price. 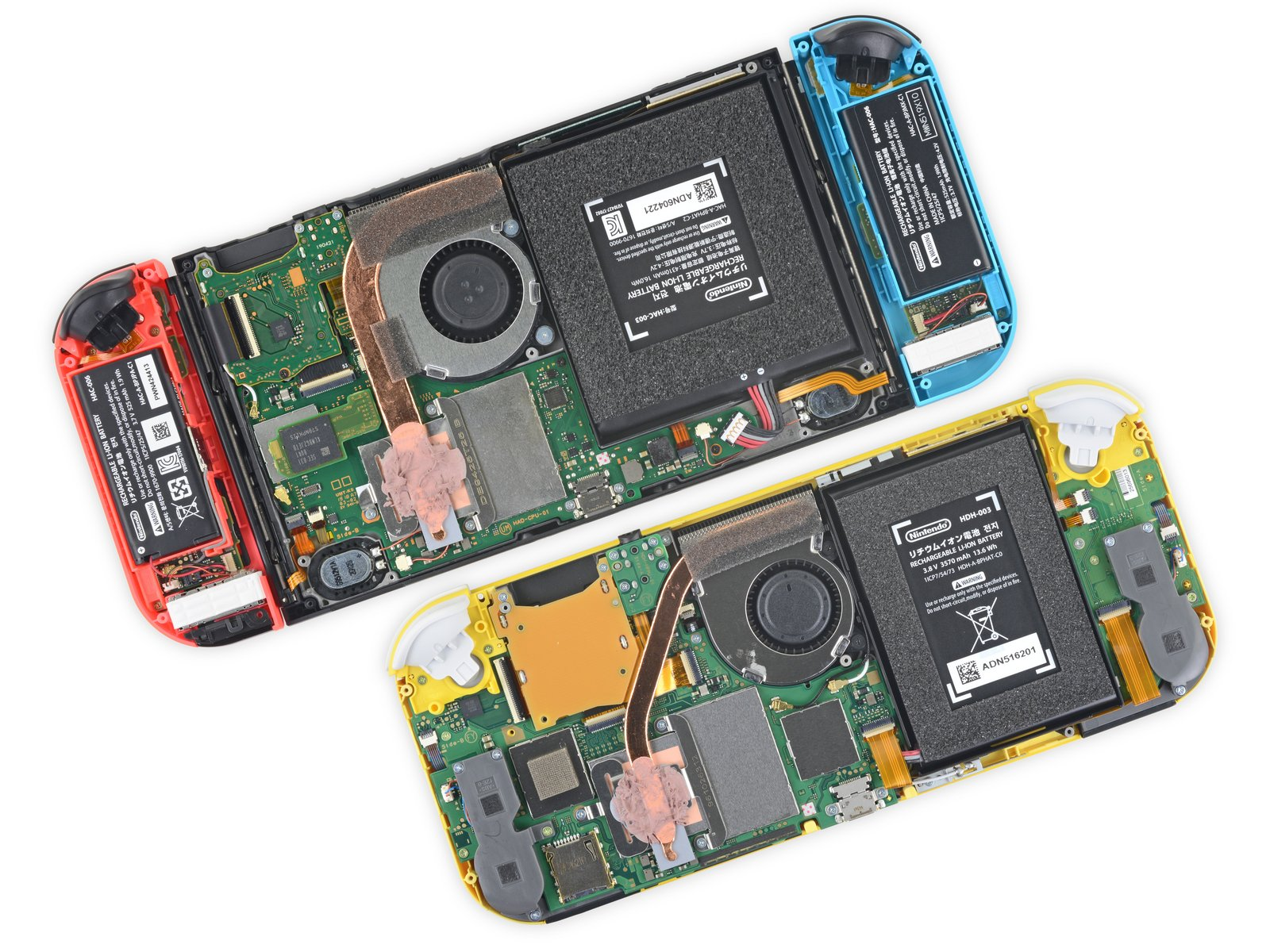 Battery Life: Speaking of the devil, power usage is 50% less with the 3570mAh battery able to provide 3 and a half hours on Breath of the Wild and up to 4 and a half hours or more on less demanding games. Recharging takes only 120 minutes making it the fastest to charge from the Switch hardware family.

WiFi – Inter-connectivity: The Nintendo Switch Lite performs extremely well compared to similar devices in terms of downloading / installing games, downloading updates, and performing low latency data transfer for online gaming sessions. This is the best the Switch has ever performed, a tribute to how Nintendo got their roots back in the days of Game Boy and Game Boy Advance. Nintendo offers their Nintendo Switch Online service for gamers to subscribe to for a low annual fee which grants access to some classic NES / SNES titles (even sporting online multiplayer functionality!), as well as access to online multiplayer portions of popular titles like Super Smash Bros. Ultimate & Mario Tennis Aces!

Input / Output: The Switch Lite’s USB-C port still works for data transfers, accessories such as wired controllers or USB hubs, etc. and there is still a Micro SD expansion slot in addition to the Switch game cartridge port, power button, volume buttons, and headphone jack. There is no video output and it is currently impossible to add that feature with any accessory as there is no video output processor in the device.

Library: Digital games purchased by an owner of multiple Switch devices will require for one Switch to be set up as a primary and the other as a guest similar to PlayStation 4 game-sharing in which the guest device can only boot games up when connected to the internet for DRM check. It’s up to you if you will make your Switch Lite or home Switch the main device but since the Switch Lite is portable and may lose connection at times when you walk between different Data / WiFi signals – you’ll probably make the Lite your main device. Users of physical media will have another benefit to add to the list of why the eShop isn’t popular with all Nintendo fans as they won’t have to deal with any ownership limitation problems like this.

Cloud Saves: Nintendo admittedly has a long way to go in terms of Nintendo Cloud Save Data. While the Switch and Switch Lite will automatically upload cloud save data and auto-download updates for games in the library – it will not auto-download cloud save files so your games won’t be always sync’d across both devices (if you own two). For me personally, I resolved all of these issues by having two different accounts (one for each console) and I only use eShop on the Switch Lite while the other Switch is just for physical and offline gaming. However, I can see how this is a major annoyance to other Switch owners and is simply a display of Nintendo being behind the times in online network design – although taking steps to work on improving that for hopefully future generations to come.

Sparklite (Release: November 14, 2019) – From the makers of Moonlighter comes a world of steam-punk, space exploration, treasure hunting, boss battles, and more. If you are into quick handheld gaming sessions with full gameplay systems and rewarding depth, this pixel art gem will be right up your alley!

Super Mario Maker 2 – Infinite Mario levels to explore and try, bookmark for later, or even take apart and remix to your own personal liking. This powerful Mario level editing / publishing tool and very special gaming community of creators and user-generated levels is THE must-have title for Switch Lite.

Dragon Quest XI S: Echoes of an Elusive Age – Definitive Edition – Playing this game strictly in the new 16-bit graphics mode will provide the retro JRPG hardcore gamers’ souls have been craving for generations now. Taking this on the go is the next ultimate way to play this game which has captivated so many and caused gamers to fall back in love with turn-based role playing games.

Pillars of Eternity: Complete Edition – Providing a deep and engaging journey which one can light a candle and cuddle up with sincerely is appreciated by Switch Lite owners. The impressive computer role playing game in which every character has a conversation, every moment has a story, and every action has a consequence – Pillars of Eternity, has arrived on the Nintendo Switch and feels right at home within your hands on the comfortable-for-hours Switch Lite!

Wasteland 2: Director’s Cut – As with Pillars of Eternity, a custom and creative controller layout has been crafted by its developers for the Switch version of Wasteland 2. Once the many inputs and commands of each game are learned and players become accustomed to the various tutorials and instructions of how to play these PC Gaming behemoth experiences, the actual gameplay itself is wonderfully well thought out and an amazing feat of portable technology to say the least. In Wasteland 2 players get skill-checks, conversation choices, decision making, plot twists, and more all while exploring a post-nuclear apocalypse landscape re-imagined from the makers of the original Retro PC Fallout games.

Fortnite – When you just want to get online with some friends and take a rest from the real world, engage in a build-off or find the perfect landing spot to launch a spree with anyone playing across mobile devices, PC Gaming set-ups, PS4, Xbox, and more. Constantly updating and evolving, Epic Games has provided reasons for gamers to remain loyal to their dominance over the battle royale genre.

Scheming Through The Zombie Apocalypse: The Beginning – This charming indie title may not seem like your cup of tea at first glance, but I urge you to give it a try as a relaxing and refreshing event with its own flavor of dark humor, friendship, dread, and distraction from mundane everyday life. If you treat this like a short film and don’t expect deep gameplay systems, it’s actually a very cathartic, stress-relieving experience. There’s not much to say without spoiling it, but we are looking forward to a sequel.

Local – Your neighborhood GameStop / EBGames should have a Biogenik TravelKit Pro in-stock with 11 accessories in one including a silicone cover, screen protection, thumbstick attachments, car charger, headphones, and a hard case which can also hold Switch games and Micro SD Storage w/SDHC adapters.

Online – 8bitdo Lite Bluetooth Gamepad for the Nintendo Switch Lite (crazy controller with two d-pads in Turquoise, Gray, and Yellow). The Switch Lite doesn’t tend to do well with most stands, unless you are alright with combing through user reviews and finding the perfect fit – but if you ever use your Switch Lite in that way then you can pick up a controller like this which is one of a kind and uniquely suited for the Switch Lite.

Review Device Info: A Nintendo Switch Lite was purchased by RealGamerNewZ for the purpose of this review.