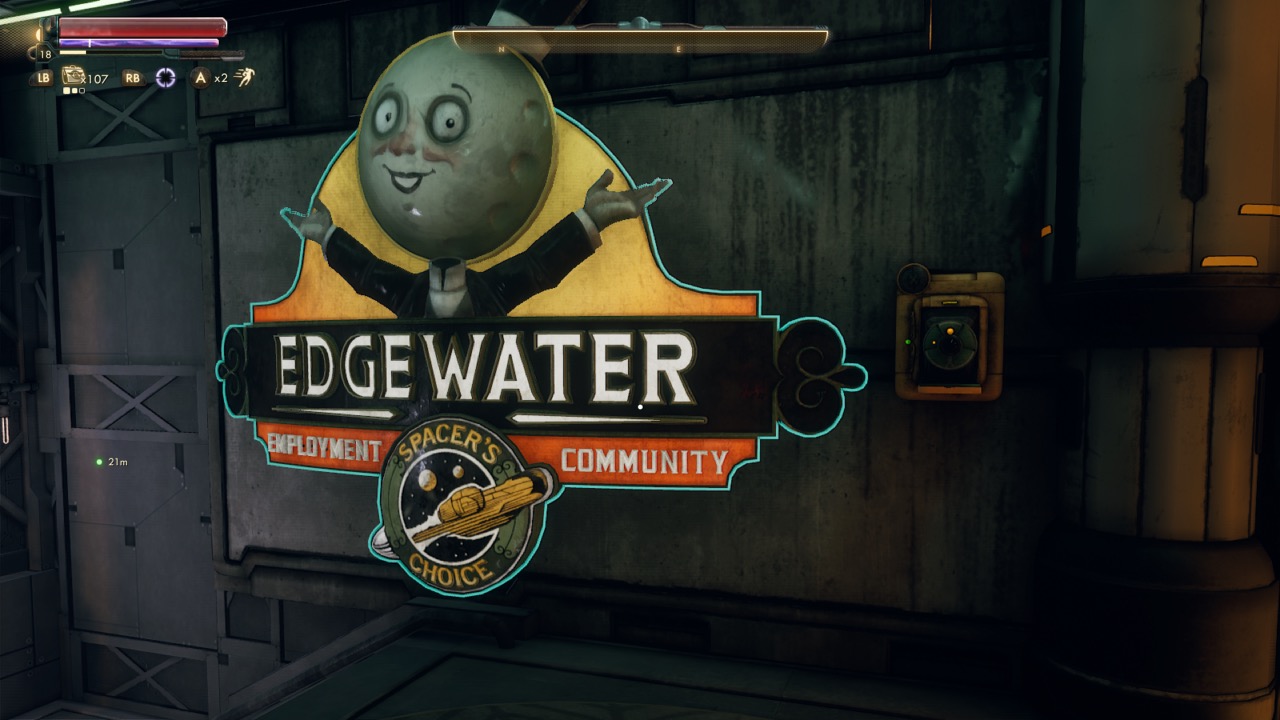 The Outer Worlds is a sci-fi RPG that takes place on a couple of planets in the Halcyon cluster, where different corporations control the lives of most people who live there. A standalone title that (so far) has no links to any other existing titles, The Outer Worlds is a New IP and game world created before Microsoft’s acquisition of Obsidian, and thus all platforms are able to enjoy their latest work. 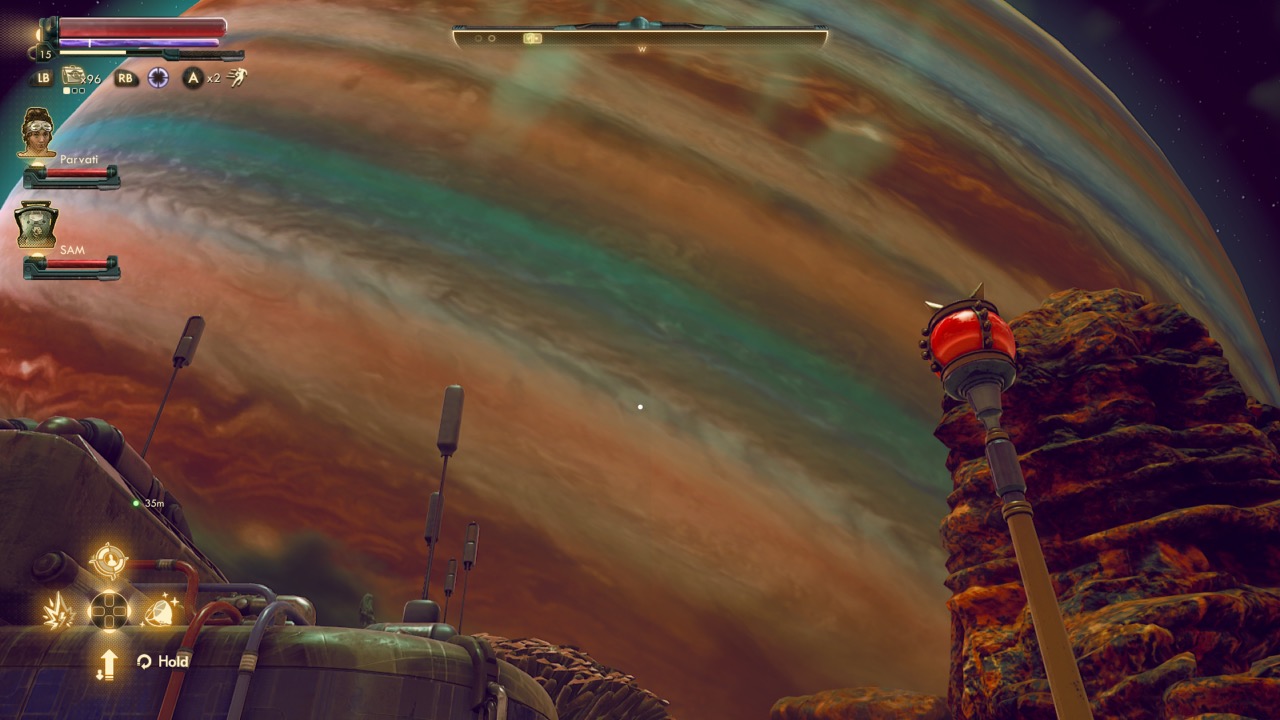 The story takes place in an alternate future in which McKinley was never assassinated and thereby Roosevelt never succeeded him which allowed big businesses to dominate society. The player’s character is awoken from cryo-sleep on a ship that was thought lost for 70 years. 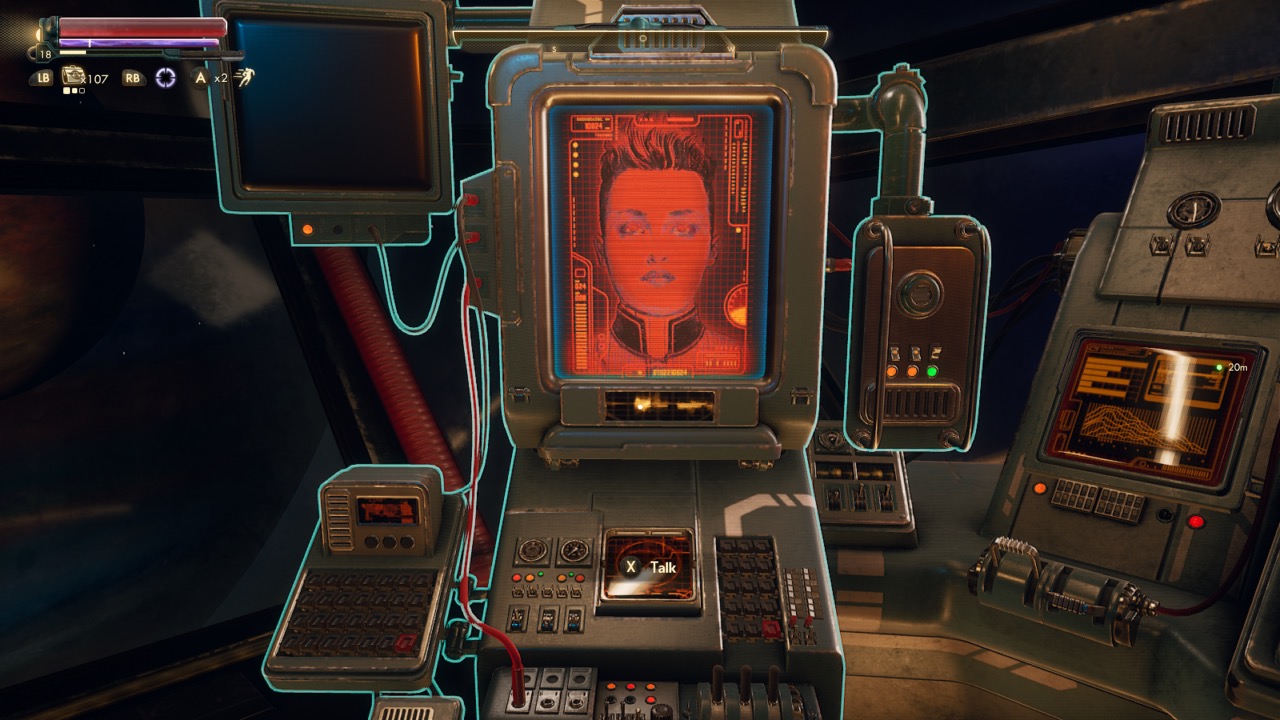 The scientist who awakens the player asks them to help retrieve chemicals to awaken the rest of the passengers. Along the way the player will encounter many NPCs. A few of which will actually join your crew and become companions in your quest. Each of the companions has their own specific skill-set and combat techniques which will allow the player to choose what best suits their play-style. When performing quests some of the choices will have far-reaching consequences for the player and their story. 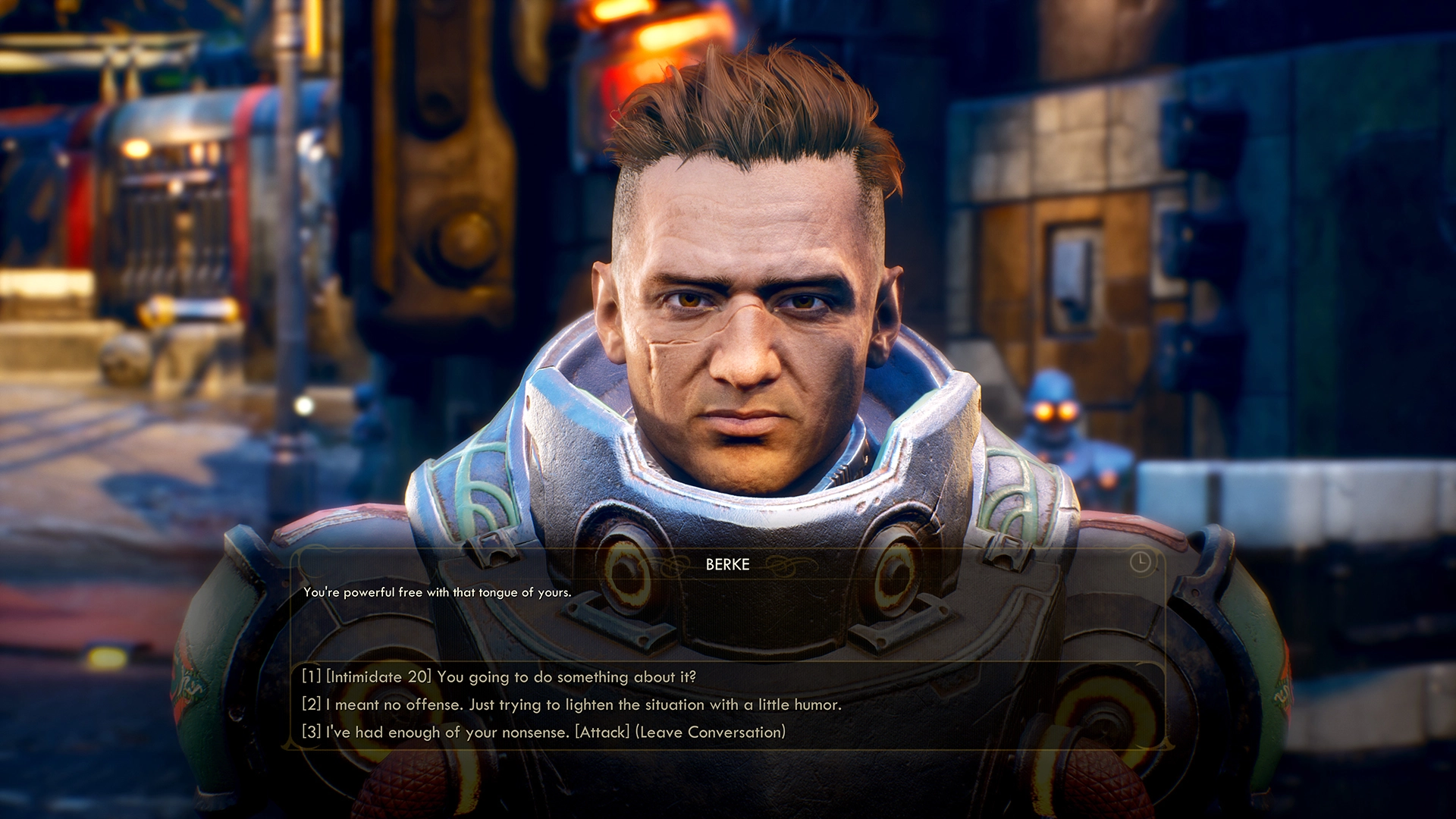 Standard RPG game play mechanics are delivered in an extremely polished manner with a first person POV. Character creation was well done with the different attributes and skills that you can start with and then can put points into later on while you level up along with getting perks every couple of levels. The player will control his or her own character along with up to 2 companion NPCs. While the player will interact with any other NPCs, occasionally your companions may have input which will give more information on the particular subject / quest you are involved in. The AI of the companions is pretty decent with the option to allow the player to tell the companions to use their specific special move during combat when needed. There are plenty of side quests the player can engage in along with the main storyline and each of the companions also has their own set of quests that the player can complete if they wish. 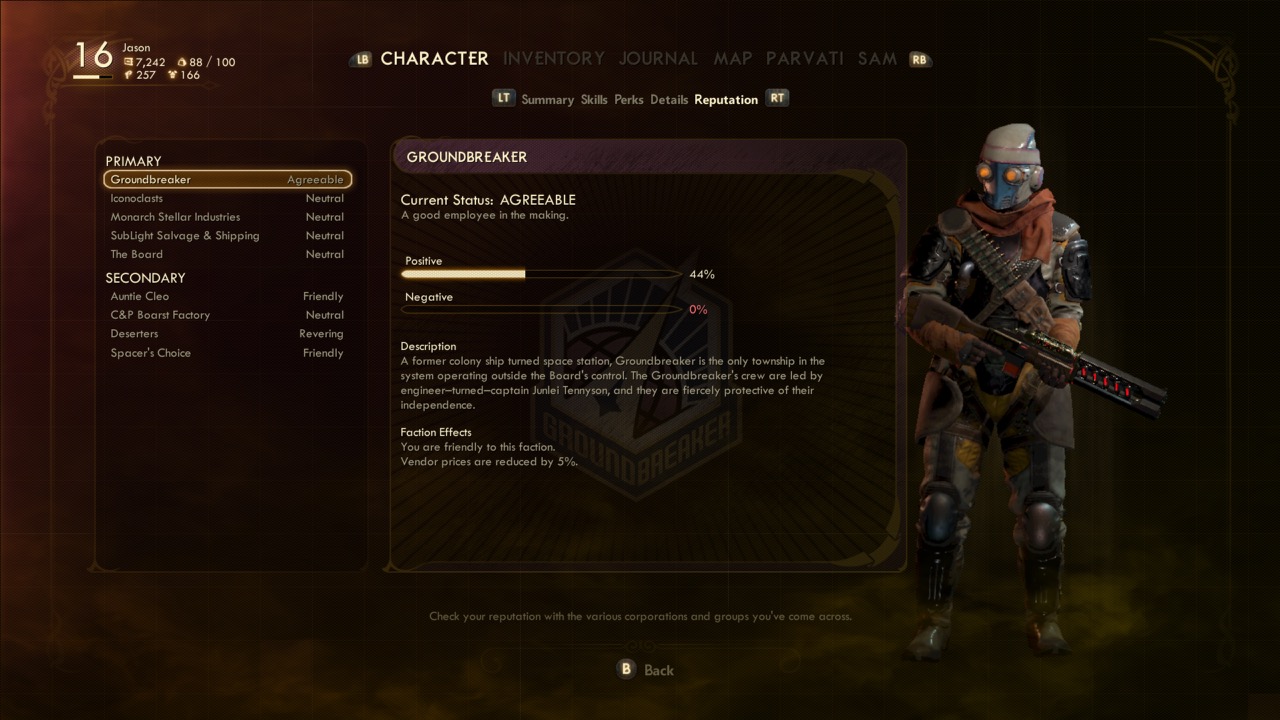 Unfortunately there is not a large variety of enemy types just basic people, creatures, or mechanical. One aspect I thought was particularly interesting was if you struggle in combat against certain enemies your character may end up getting a flaw where they have a penalty against those enemies but gain an extra perk point in trade off. The weapon selection is decent, the player can also find unique type weapons that have a variety of odd and unusual functions which can be enhanced by the players science skill. 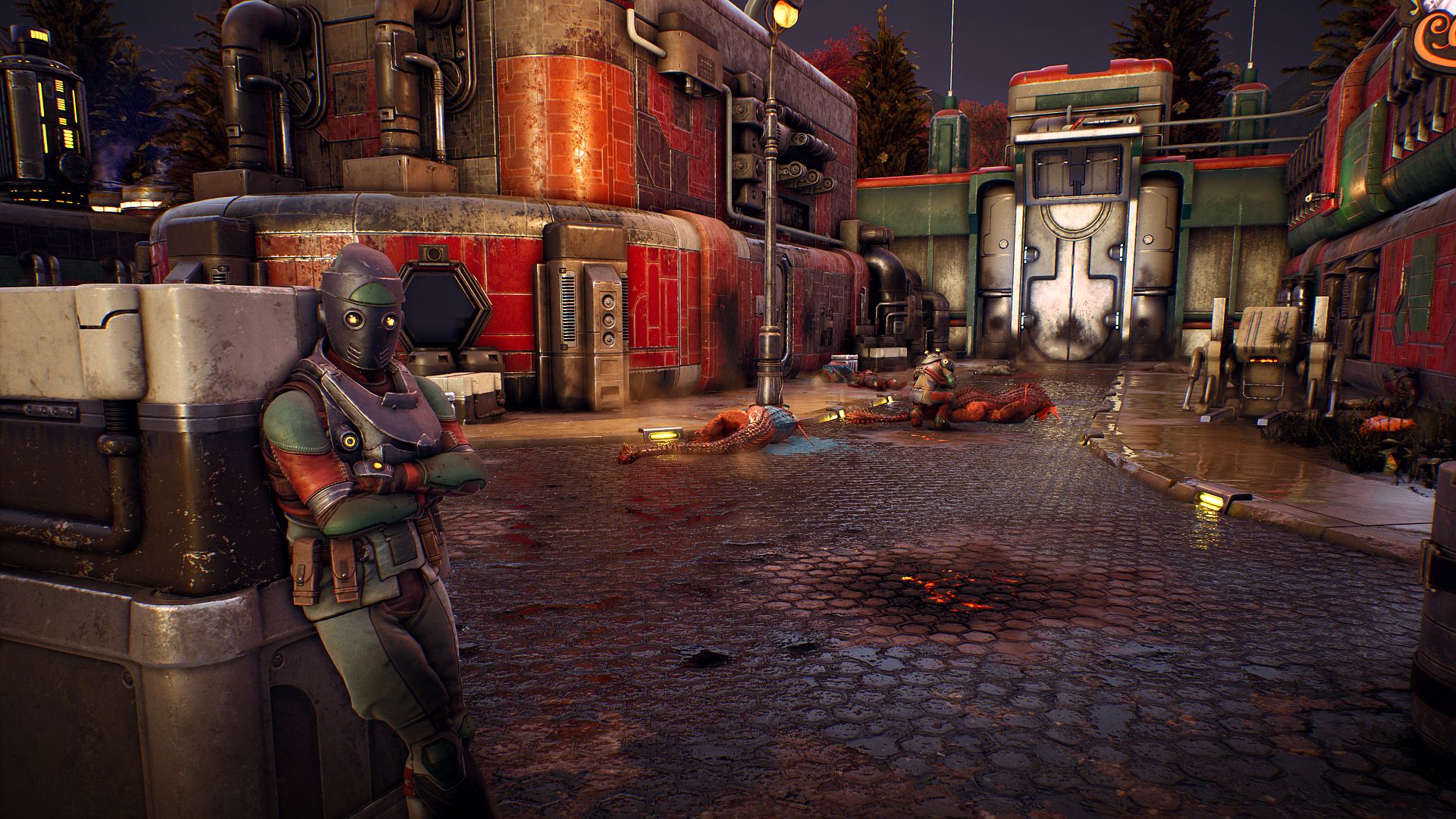 Visuals in The Outer Worlds were very colorful and bright. The planets have enough differences to them so they feel unique. the character models are animated well enough find walking around and engaging in combat. when engaging in dialogue options the character models were not perfect but passable as far as showing reactions and going along with what was being talked about. Again while there is not a large enemy selections what is there was well done with the highlight being the creatures as most impressive. The biggest issue I had was that the text on computer screens in game are small and hard to read along with the back-lighting on the computers themselves making it more difficult. 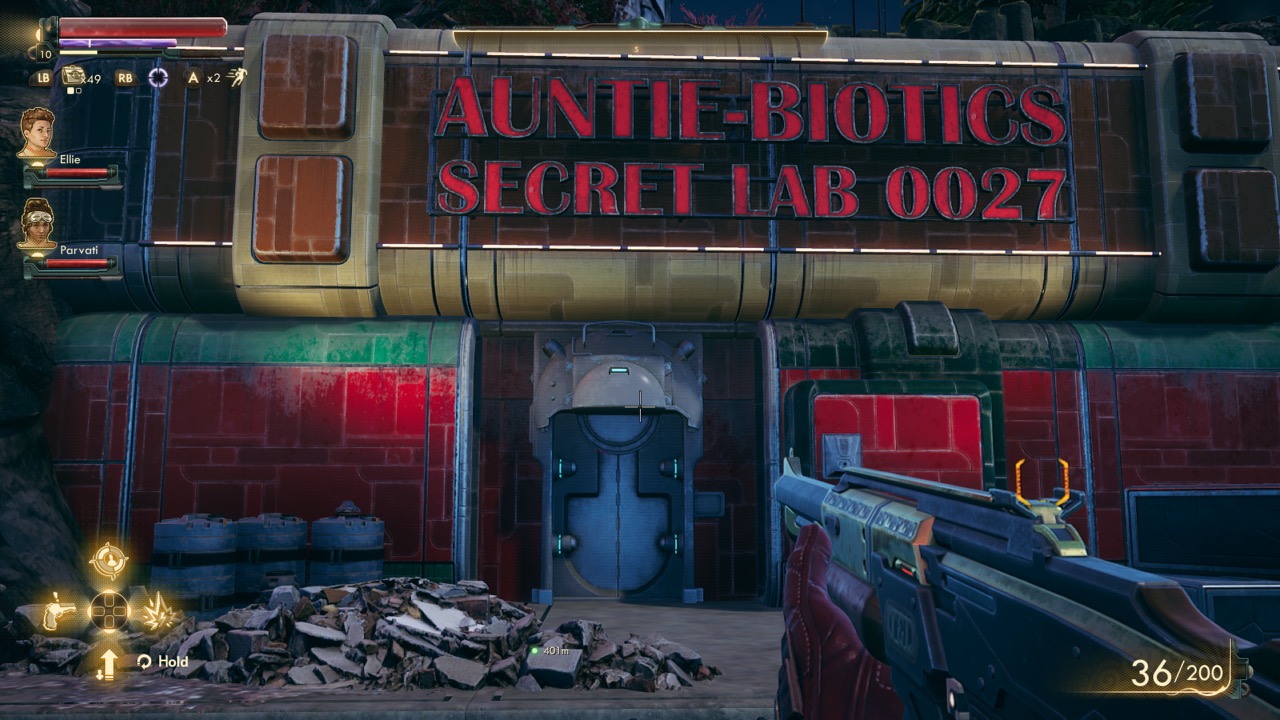 NPC interaction is where I thought the game really shines. The dialogue is well done the voice acting is decent and a lot of the characters you interact with really seem to have different personalities. The background music was decent; nothing distracting but nothing exceptional and memorable either. The creature sounds were excellent and the weapons and combat sounds were fitting. 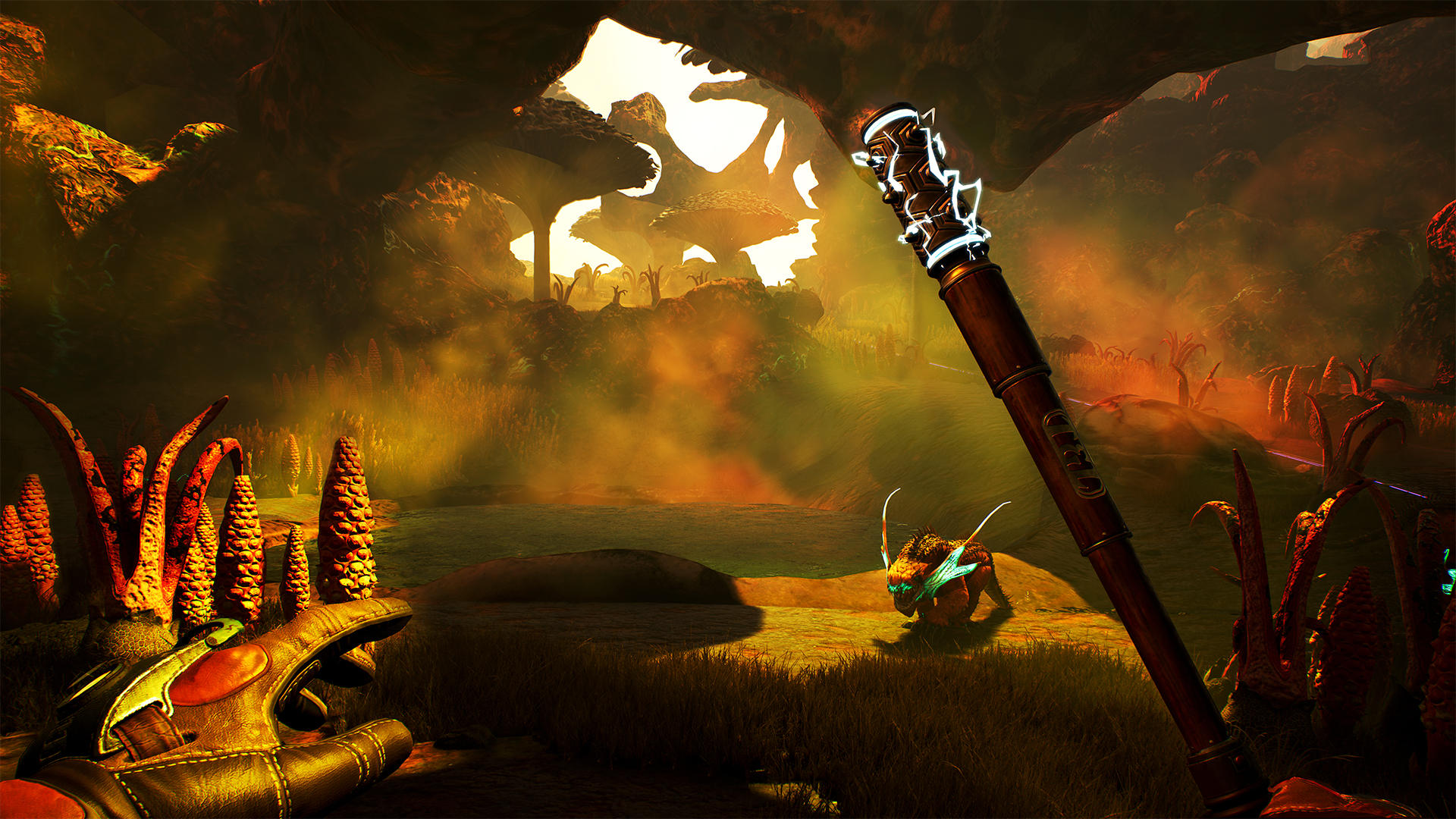 Very High: As even with character creation you can play a completely different way and change the results of how you interact with the NPCs. Because some of the quests have different outcomes this will change the story in certain ways allowing the player to try different things to see different possibilities. 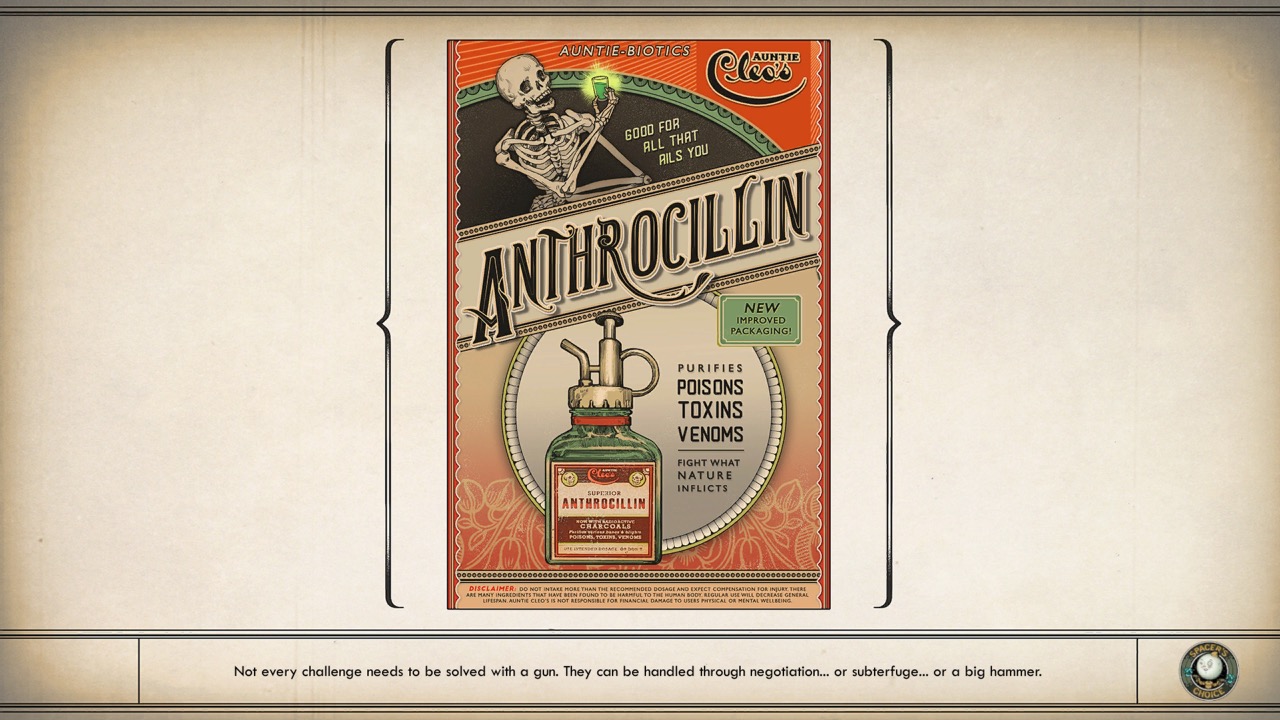 While a thoroughly enjoyable game there are limited opponent types and some minor bugs (nothing game-breaking), I was very happy with the end result, something I will definitely play more than once. Obsidian in the past has proven themselves with other games such as KOTOR 2 and Fallout: New Vegas this just further proves that they know how to really make a game come alive with excellent personality via dialogue, beautiful worlds and a variety of ways to complete each quest.