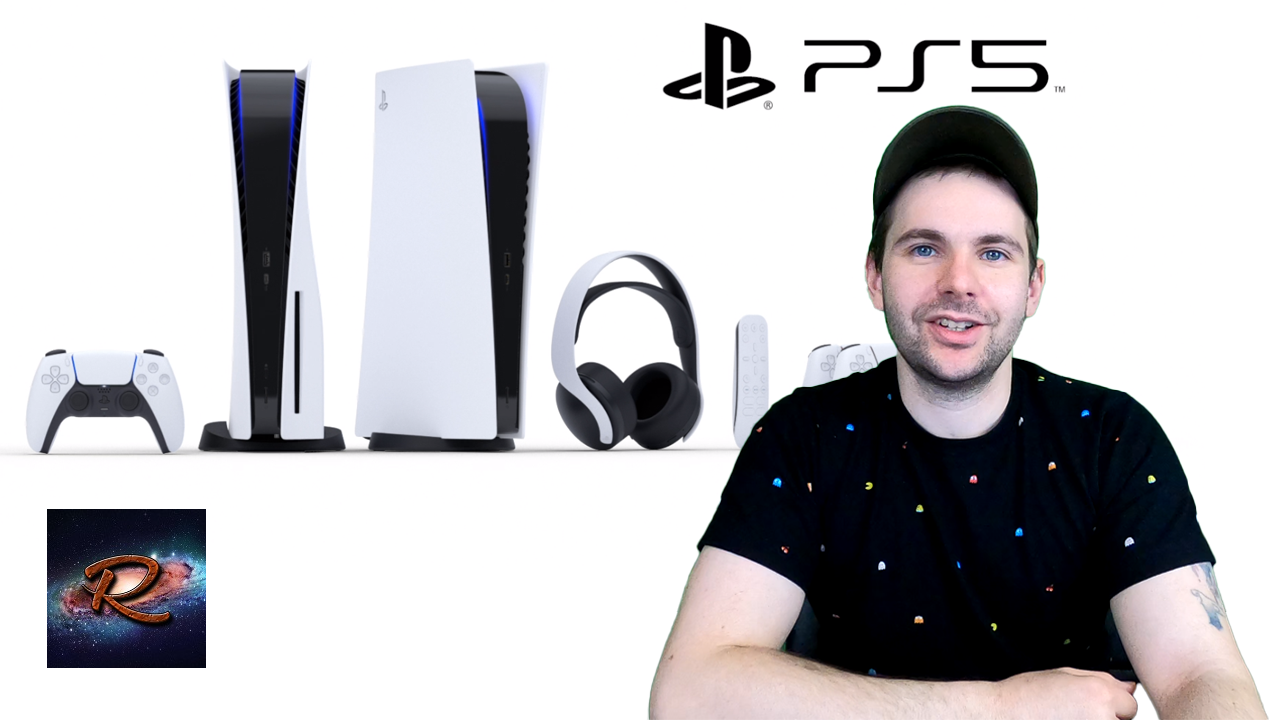 This Story Featured in RealGamerNewZ Videos:

Over 3 million live views across twitch and youtube alone tuned into the PS5 June Event. In these videos and articles we will recap as well as review everything at the event.

Every PlayStation 5 Game Reveal reviewed as well as our thoughts and Final Verdict on the PS5 June Event from Sony.

The show started off, as most do, with a flash sizzle reel and then an announcement for GTA V on PS5. PS4 owners will get a million a month in GTA Online until the PS5 drops.

Sony let us know that going forward all footage featured was captured from a PS5 console directly.

Kid Cudi music introduced Marvel’s Spider-Man: Miles Morales which drops 2021 with a mainly cinematic trailer. Insomniac is back at the helm! Miles Morales will be taking over in this expansion to the original.

GT Town is here, taking it back to old skool, your own little town to progress in. Extreme beauty when your looking at your cars, and customization, are back. First person inside view looks amazing! The rear view mirror is now on the dashboard instead of top of the screen, gears are shown on the steering wheel, and more as part of an interface overhaul. GT7 should be amazing for VR and steering wheels as well.

Ratchet and Clank: A Rift Apart looks to be a phenomenal leap in graphical quality. The dynamic duo are together again with some portals, dimension hopping, fast paced action, so many creature designs. Rift Apart puts a new spin on it alternative dimension. Ray tracing support, Planet to planet transport, Dualsense controller feature support, and a gameplay demonstration showed off a good combination between gun and melee as well as the truly next gen graphics.

Square Enix and Luminous Productions dropped a clip next. “Devotions will be doubted, She will rise,” – Project Athia was revealed with a bit of a tease and is designed exclusively for PS5.

Annapurna Interactive and Bluewelve, RIP Humans spray painted on the wall, NO ESCAPE spray painted on the wall, dystopian vibes in a small cyberpunk metro area, clearly seems that it’s a Robots only existence, and that’s where the questions begin. Maybe robots took over or maybe humans died off. Our main character enters the screen in a calm, but somber yet hopeful aura. Yes, we play as a cat in STRAY when it releases for PS5 in 2021.

Hermen Hulst head of worldwide studios (also known for his role as Co-Founder / Lead Director of Guerrilla Games) provided some thoughts on the PS5 as well.

Housemarque’s next project is a very interesting looking space game. Your ship crashed, you died, you came back. Another time loop. But it’s worse. Each time the world is becoming part of you, infecting the mind and memories. Players will shoot their way through an exploration of incredible graphics. “I cannot lose hope,” says our main character in this Action Adventure / Sci Fi feature with enemies resembling some sort of aliens. Your only hope is to break the cycle, strongly hinting that the title will have roguelike elements. Returnal releases for PlayStation 5 at a to-be-determined date.

Sumo Digital’s Sackboy A Big Adventure had its world premiere with gameplay and certainly seems to be a fun little 4 player couch co-op title for all members of the family.

Ember Lab’s had two brothers take the stage to announce KENA: Bridge of Spirits which gave off strong Knack / Kora vibes in terms of visual themes.

“You ever feel like you’re just waiting for a sign, to do that thing you’ve always meant to do.
Sometimes i feel like im just standing on the edge of doing great things.
But something is holding me back.
Maybe it’s the fear that i’ll never be as good as what i’ve imagined.”
KO_OP presents GOODBYE VOLCANO HIGH
“It’s the end of an era 2021,”

Lorne Lanning of Oddworld Inhabitants gave a message about the new Oddworld: Soulstorm game coming to PS5. “Risk is rewarding, failure is devastatingly hilarious, and memories you make will last a lifetime.” This is truly Oddworld on another level. From the first looks of gameplay and cinematics looks like everything that made the originals great and way more. The ahead of time vision of Oddworld has finally been fully realized. (Release Date: TBA)

In Ghostwire: Tokyo  players will explore the supernatural and mysterious of Tokyo. It’s up to you to save the city in this unique type of game with foreboding visuals, projectile first person magic battles, and possible motorcycle gameplay! We are glad to see this project on track. (Release Date: 2021)

By Superbrothers, Ominous art;
“Carve out a future for people
Haunted by oblivion
Propelled by dreams”
Year 0 at orbit and then you left orbit to explore space.
JETT THE FAR SHORE
(Release Date: HOLIDAY 2020)

Gearbox and Counterplay present GodFall an Action genre standout in which players will master breathtaking weapons. In the hip hop infused trailer we saw what some are calling “Borderlands with swords” and an enemy design / art design full of god-like armor and shiny effects everywhere. The presentation of this game makes it look very different from other games and that’s a good thing. The world is outrageous and beautiful. (Release Date: Holiday 2020)

Heart Machine (Hyper Light Drifter makers) present a title seemingly taking place in the astral realm.
“Are you afraid? You should be.”
Abstract art design and gameplay are front and center.
“The void is calling”
Cell shaded art style inspirations are clear as well.
Solar Ash releases 2021.

Hitman III: Death Awaits – Agent 47 hits the screen after a brand new IO Interactive logo (IOI). “All your hard work and the sacrifice only sped up the process,” we here an ominous voice over 47’s earpiece say. Woods darkness, bodies, and then a glimpse of gameplay show Agent 47 on top of the world in the future, at Dubai. Quite an insane environment, though we were barely given a tease for now! (Release Date: January 2021)

Little Devil Inside appears to be a ninja adventurer, Monster Hunter style dude who slays monsters and brings them back to a professor to study. (Release TBA)

Suddenly a strawberry started talking and walking around. An Aussie accent sporting talking walrus appeared, and ate it. From creators of Octodad we are welcomed to the Island of Bugsnax. There’s all sorts of weird new creatures, even a subway sandwich centipede. The creativity here looks fantastic. The game is called Bugsnax and at the very end of the reveal we are also teased with the island’s dark secret, a  strange creature that can amass everything towards it and combine into a golem. (Release: Holiday 2020)

Shuhei Yoshida, who served as the previous head of Worldwide Studios, is now the head of Indie dev relations and took a moment to speak about the excitement indie devs have for PlayStation 5 and how he is working with teams to ensure their success on the platform.

Breathtaking scenes of nature, mountains, rivers, suddenly a creepy lantern cult pacing down the beach, a dead body being carried by a giant’s hand, casting a massive shadow over the landscape. These are the imagery we are met with when suddenly massive armors and weapons from the feudal age appear as well as a huge beast. It’s Demon’s Souls! This Remake will release for PS5 at a to-be-announced date.

Arkane Studios showed off DEATHLOOP for the second time, but now with gameplay. Two assassins stuck in a time loop race to kill each other and take out the target. “Another day another death. Aren’t time loops fun?” 8 targets gotta die before midnight, one little snag, the protector of Black Reef is fierce. “If at first you don’t succeed, die die again.” Rival assassins locked in a time loop in DEATHLOOP coming to PlayStation 5 with telekinesis and guns.

“His Story comes to a close” we are told as a witch’s shack in the woods provides visuals for a creepy story being read aloud by a woman who notes to her listener that it’s “Just a local tale,” but the secrets are clearly much darker here. Facial expressions are on 1,000, the graphics are incredibly dope, the guns look amazing, environments look real. In fact, I would say that the facial expressions are so good that this reveal looked like filmed actors. Strange beasts and decrepit tales begin to accelerate and we are shown the word VILLAGE which then turns into VIII and then RESIDENT EVIL VIII. Get Hype!

Resident Evil VIII is coming 2021. Chris says “Sorry Ethan” and fires some shots into a body. We don’t know exactly what it means yet, but the rumors appear to be true about RE8 bringing supernatural and werewolves into the Resident Evil franchise. This was by far the best reveal of the event, just as RE2 Remake was for Sony during the last E3 presentation they produced. In fact, Capcom saved the show at the time and may have done the same for many fans today.

Graphics fidelity of all of the games shown today were ridiculously good, but it’s not over yet. A half flesh, half hologram pet cat is shown in a world which appears to have some Matrix-like attribute to it which suddenly breaks down. On the moon now our main characters seek freedom. This is a very mysterious and likely philosophical Space / Action title which could address the growing surveillance state by showing a dystopian future in which our spy network is falling from the sky and society has advanced in strange ways. The game is called Pragmata. (Release: 2022)

Sony Interactive Entertainment next showed off Horizon Zero Dawn Forbidden West with a totally alive underwater but a disease of crops and animals threatening the world. Ancient Asian knowledge will be seeked, Middle-eastern deserts will be traversed, Arctic tundra will be braved, to save this world Aloy tells us, “There’s no barrier I won’t cross,” and we are shown so many environments it feels as if players will get to the whole world in their tracks. There’s also a new human enemy faction who control their robots including a wooly mammoth inspired robot. (Release TBA)

Devs took center stage to explain that gamers should “Stay Tuned” for a much deeper dive on PlayStation 5. That turned out to mean next month.

Devs from all diff companies mention how excited they are about PS5.

Nanite ball logos slowly revealing PS5 took the screen. The console itself has a very sexy look to it with black and white two tone color expected since the DualSense controller design reveal.

PlayStation 5 has finally been revealed and there is even a Digital Edition as well. The PS5 is still on track to be launching later this year (Holiday 2020) and Sony promises they have “tons more to share,” over the coming months.

“First event of many to come”

A slow mo sizzle reel closed out the show.

This was a very well put together event by people who certainly know what they’re doing and avoided many pitfalls of presentations like this while capitalizing on what works best. The entire theme of wholesome gaming is a positive one for the game industry right now, which is helping the world cope with global events ongoing. We look forward to continuing to see niche events like this which revolve around a particular theme with a passionate community behind them. This is certainly a bright future for parts of the trade event industry to partake in, and we are excited about that.