Alongside a PlayStation 4 trailer comes the reveal for a brand new Dontnod Entertainment title. The makers of Life Is Strange and Vampyr bring us Twin Mirror. In 2019 players join the Basswood, West Virginia community taking control of a man who has lost his memory and is attending a funeral for his best friend.

Waking up next to a dead body after a harsh break-up with his girlfriend and blood on his shirt, Sam must get to the bottom of this. Did he kill his ex-girlfriend? Is someone setting him up? Why can’t he remember? There are deeper, and darker answers than you think.

That’s all we know so far for Twin Mirror. If you’d like to stay up to date, Dontnod has launched Twitter and Instagram accounts for the upcoming title. There’s also an Official Website. What we know from past Dontnod Entertainment games suggests that this murder mystery investigation project could see players making decisions that impact the game in more ways than one. 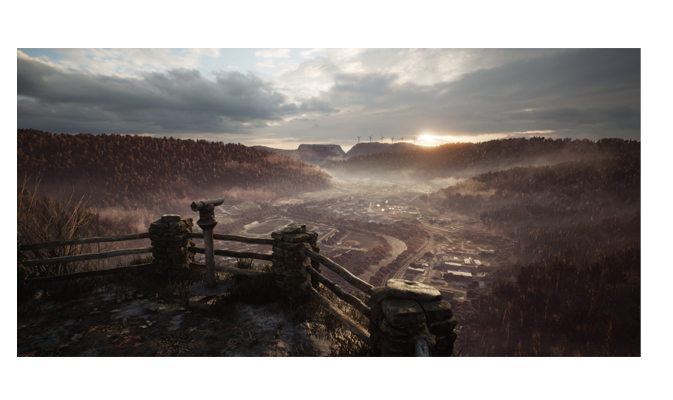 Bandai Namco will be the publisher for the 2019 game which will also launch on Xbox and PC. We are anxious to learn more about the game during and after E3 2018. Dontnod CEO, Oskar Guilbert says “Twin Mirror is a game heavily rooted in the concept of duality, redemption and self-acceptance and is on track to deliver a stunning emotional journey.”

Twin Mirror is expected to be a narrative adventure game similar to Life Is Strange which were both huge successes. Although Vampyr was a combat-based game that infused elements from this genre, Focus Home Interactive was the publisher for it. Square Enix published Dontnod Entertainment’s Life Is Strange game, and Twin Mirror will be Bandai Namco’s first time publishing a narrative adventure game. Recalling memories will be a part of the game’s mechanics but it is still unclear if there will be traditional combat in the game or how the investigation mechanics will be fleshed out into gameplay for Twin Mirror. We look forward to hearing more about the title and certainly recommend keeping an eye out for it as the trailer released today was quite intriguing.