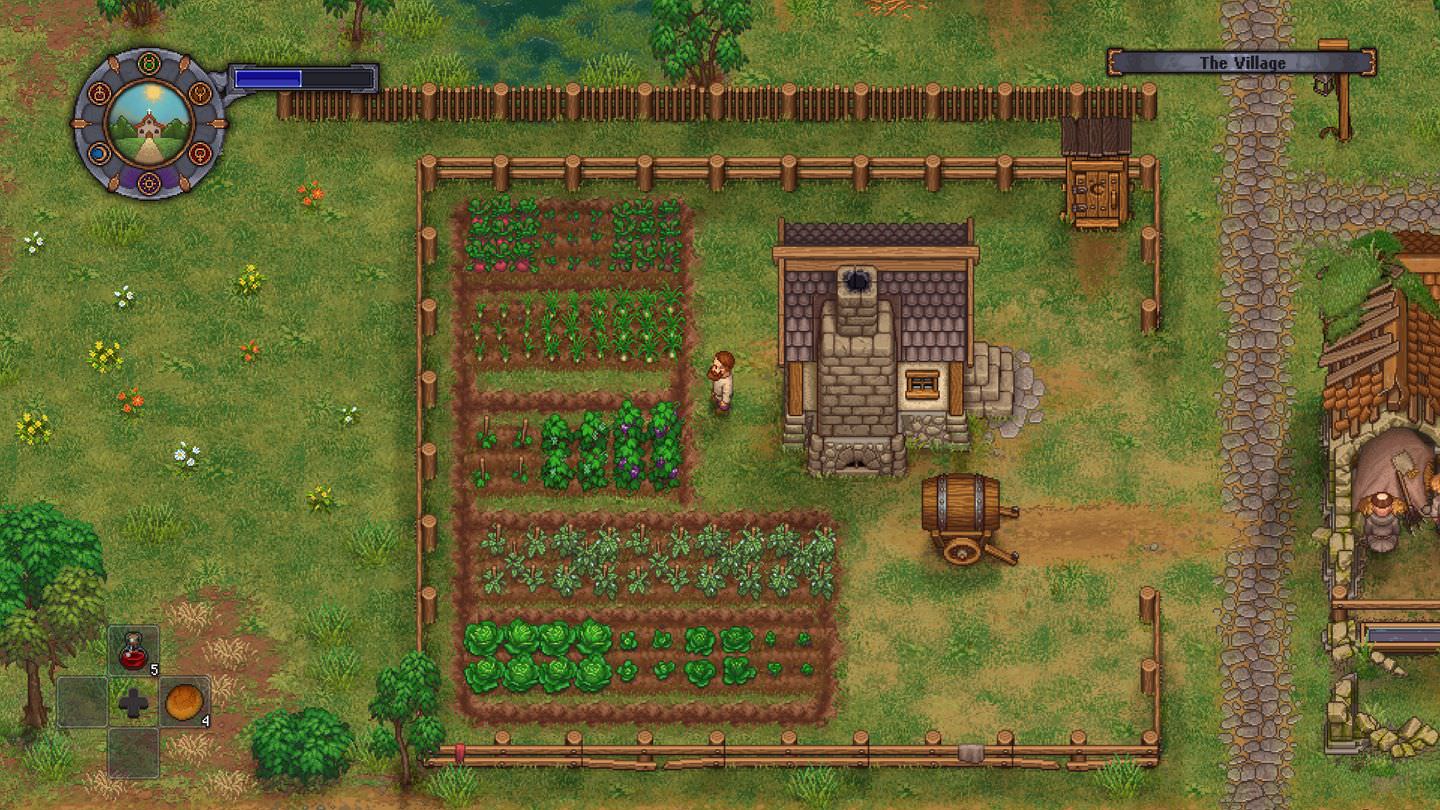 Earlier this year I had the fortunate opportunity to be a member of the Alpha and Beta testing period for Graveyard Keeper, the newest game from the iconic duo of Lazy Bear Games of Punch Club fame and tinyBuild Games who have published some of the best indie titles this year such as Garage: Bad Trip, Hello Neighbor, Outpost Zero, Guts & Glory, and of course this title.

Graveyard Keeper is a management sim in the vain of Stardew Valley or Punch Club. However, it takes the best qualities of games in its genre and mixes them together into an experience that cannot be missed. This review covers both the Steam and XBOX One versions as I was lucky enough to be provided a Steam press code as well as being a member of XBOX’s Game Pass service where the game is being hosted for subscription holders by Microsoft.

Before I even get into the review itself, I have to sing my praises as well as warn you, once you pick it up it’s damn hard to put back down, myself sinking 30 hours into the console version alone. Not even counting the Steam copy and my time spent addicted to the Alpha and Beta test builds! 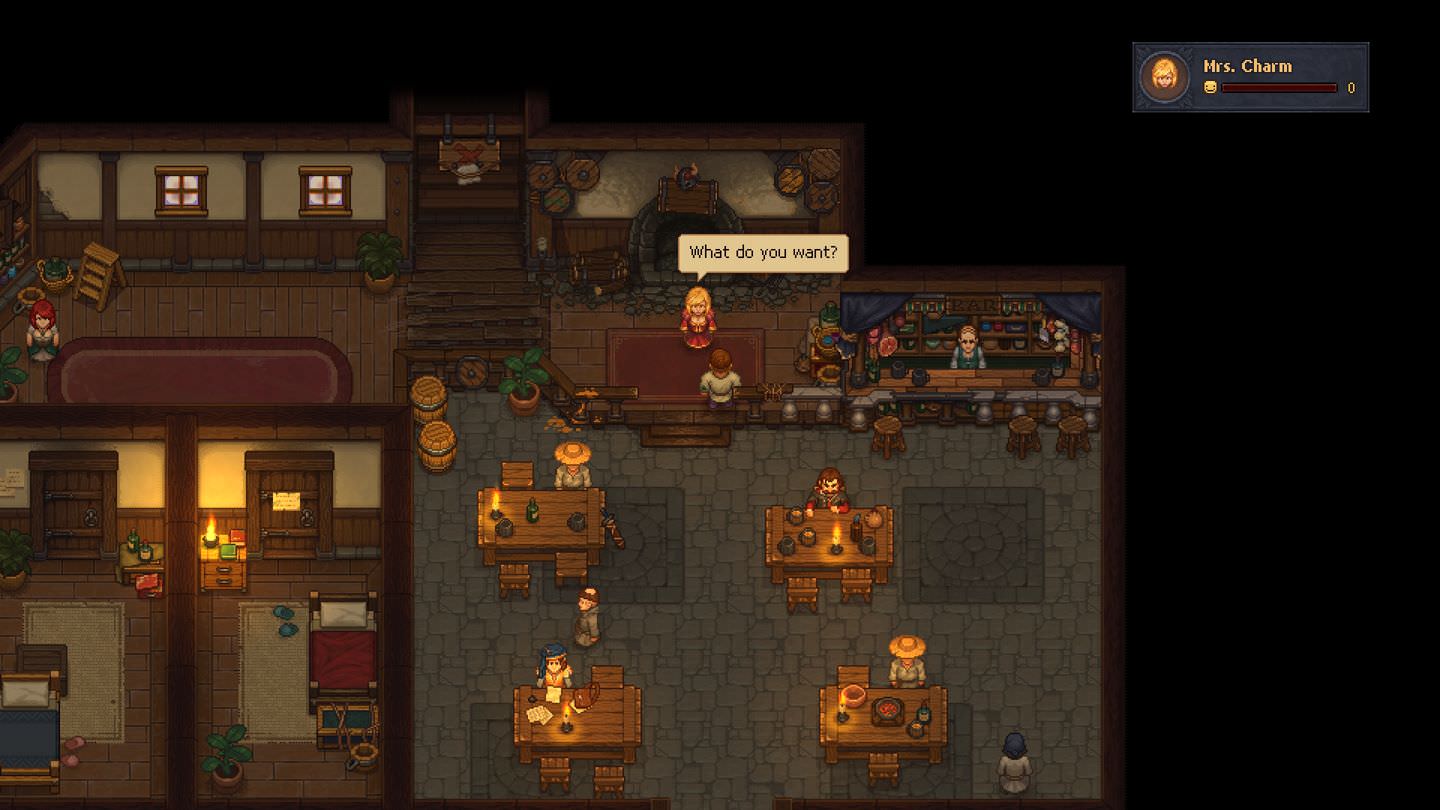 Vastly expanded upon since the Alpha build, Graveyard Keeper follows the story of the Keeper (unnamed as far as I’m concerned), transported to this medieval world from our modern world after being struck by a car whilst being distracted by a call from the love of his life (how relatable). Once transported to the medieval world, you meet a cast of crazy characters with tasks for you to build relationships with them. Whether its the crazy Inquistor asking you to promote his witch burnings, the bartender giving you mail to deliver or dropping hints on how you can legally sell human meat to him, or my personal favorite being Gerry the skull, who was supposed to be your guide but prefers just to make you find him booze to drink (even though he’s just a skull) in exchange for the info you need.

Every character has personality and charm and through the integration of the day to night cycle allows every day in the six day cycle to be interesting as many characters only appear or are only conversable with on a specific day of the week. The writing of this game’s dialogue and story is top-notch with tons of humour and charm, which was to be expected by Lazy Bear. 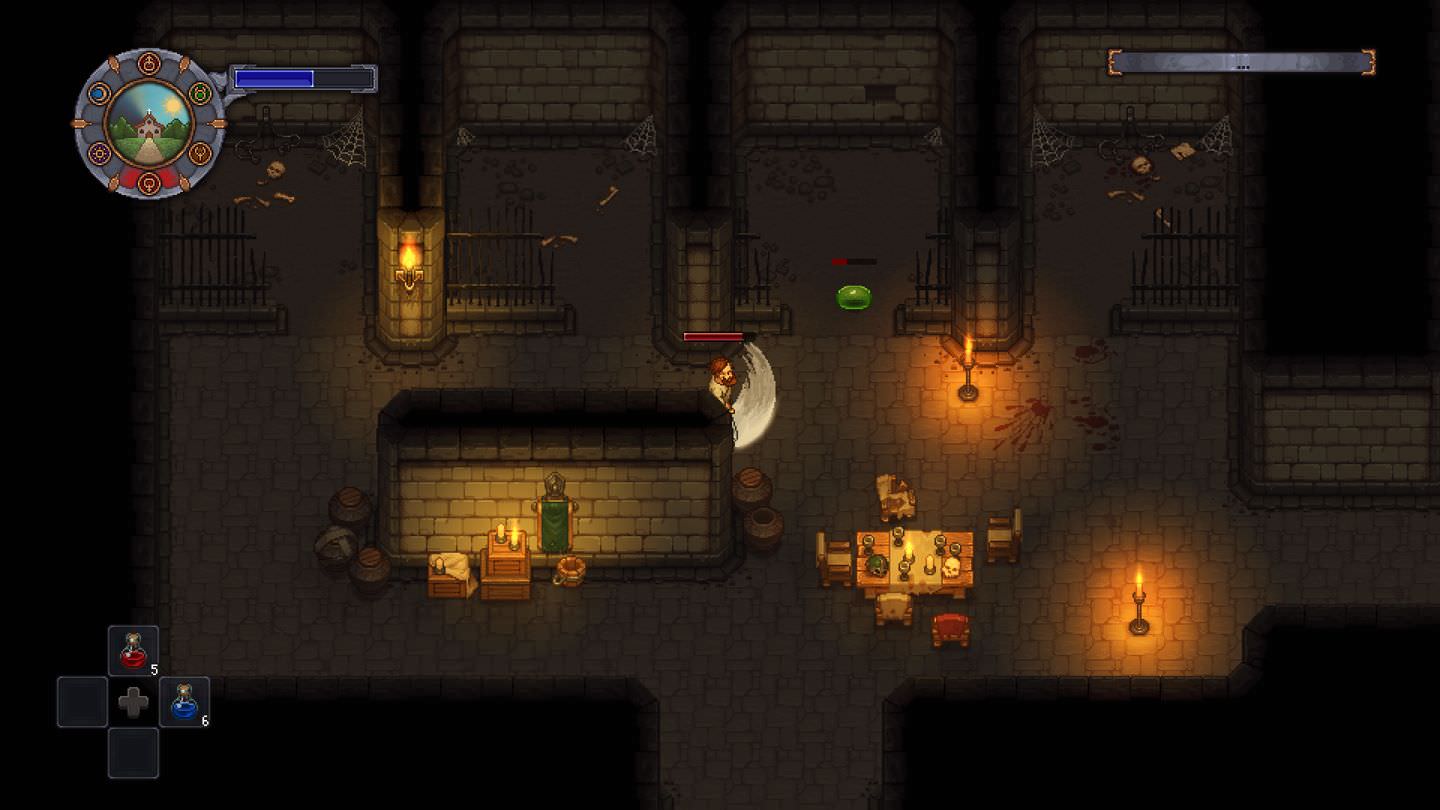 Graveyard Keeper has so much more meat on its bones than most management sims. It will keep you full for months and months. At the beginning, the game starts with a lot of tutorial stuff that helps seamlessly introduce how it plays, how the skills system works, and the people that live in the medieval world you are thrust upon. Graveyard Keeper starts off slow as you can’t do most things right away and the things you can do are slower as you start with low quality tools – but do not let this dampen your experience because within the first hour of playing, you will have figured out what you need to know.

With a title like Graveyard Keeper, you may expect to dig some graves and maintain a graveyard, but that’s just scratching the surface. You will explore dungeons, mine minerals, craft weapons, build, be a priest, cast spells, write books, and go fishing – among countless other tasks to keep yourself busy. This helps keep the monotony down and makes the skill tree a fun thing to grow through the use of the three colour orb system; red for construction, green for gardening / cooking, and blue for faith / science. 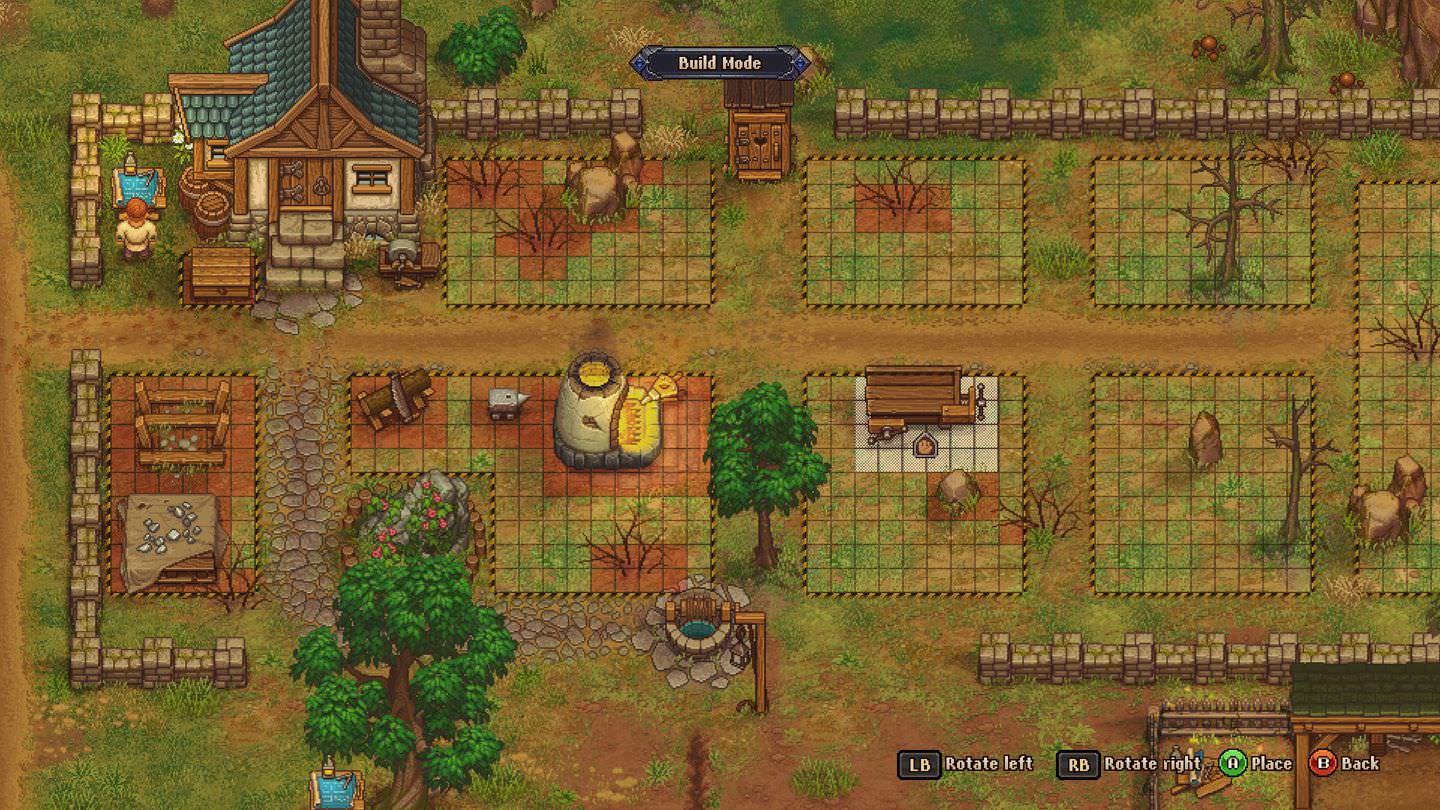 The game features a lot to do and with a fairly simple control scheme of two action buttons and movement, anyone can get as engaged as I am with the game within mere hours. With the vast addition of content over the alpha build, the game has been vastly improved in my honest opinion.

Graphics-wise, Graveyard Keeper melds the “vintage pixel aesthetic” that is popular in indie titles with fantastic designs to every model full of colour and detail but with a dreary palette perfectly designed to engage the player in the medieval world. As I played on both the console and PC, the performance section will be divided into my experience with both versions. 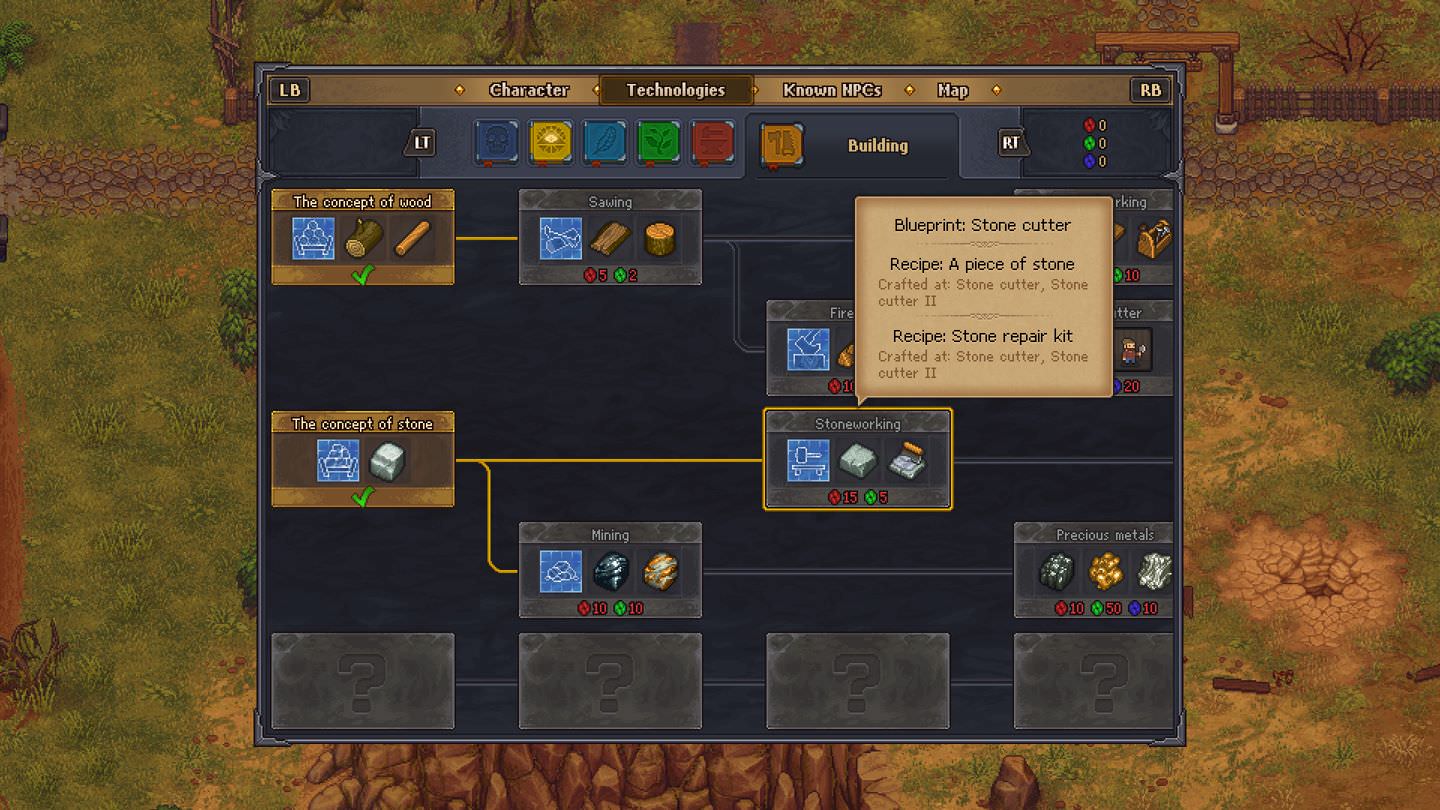 For the PC version, the game is fairly impressive on the performance side as it runs fairly smoothly on even dated computers such as my desktop with only integrated graphics, which was a huge breadth of relief for me and a huge step up from the alpha build which couldn’t even boot on my desktop and was fairly slow on my more modern laptop. If you were part of the alpha test and were put off by performance issues, I can say wholeheartedly that Lazy Bear was not lazy when optimizing the final release of this game for computers of all types. Saving data is extremely quick, taking approximately 2 – 5 seconds to fully save after waking up.

Now for the XBOX One version, there are a few stuttering issues when waking up from sleeping or loading new areas – but nothing too detrimental. Keep in mind, I am playing on a launch model of the XBOX One so players with the more powerful XBOX One X or more modern One S may experience less performance issues than I did. But even if, the stuttering reduces performance for 1 – 2 seconds and not enough to cause players to not be able to progress. The saving process is slightly faster on consoles (at least from my experience) but you also do lose more frames on consoles so it is a matter of preference for the user. 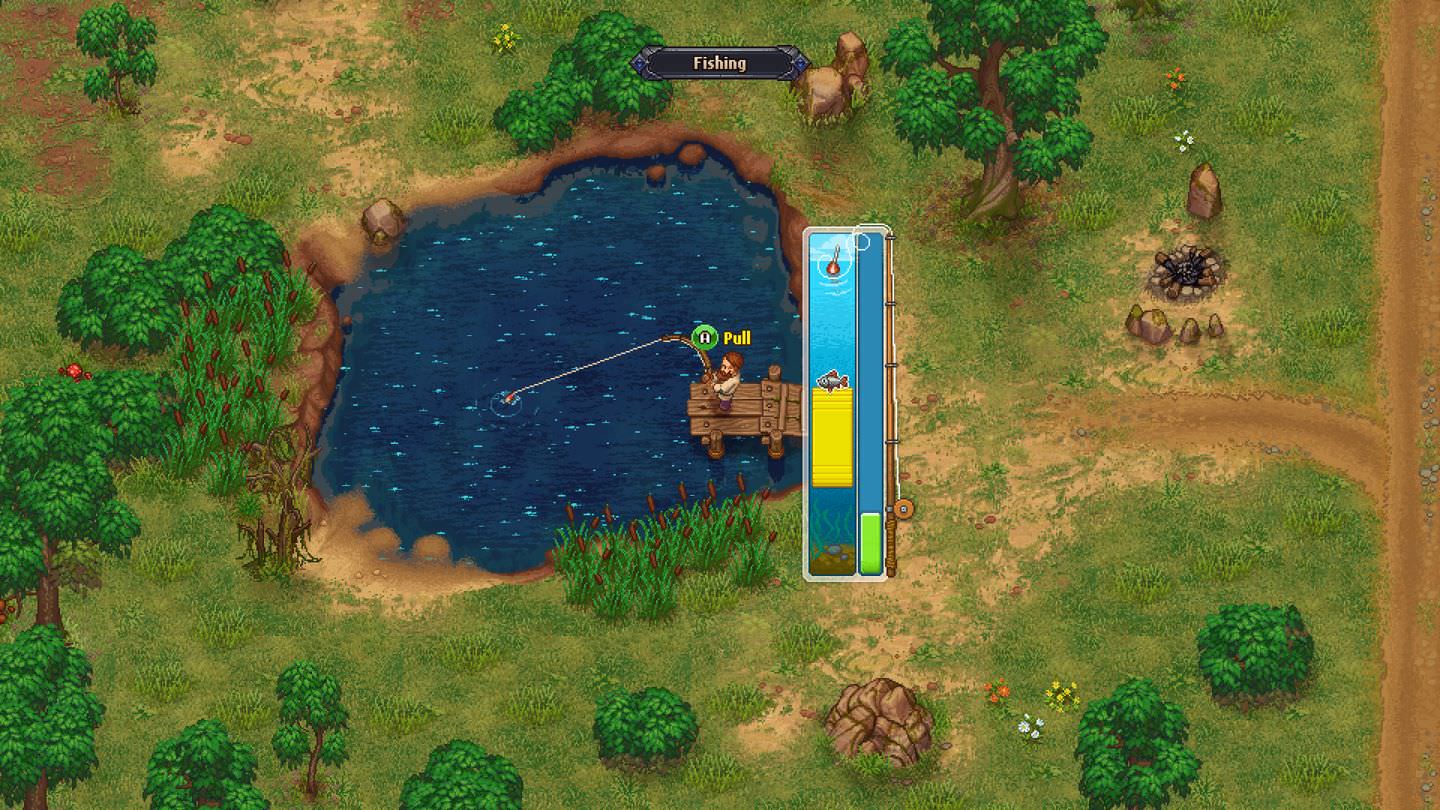 In terms of sound and music, the game is well composed. The music is both atmospheric to the environments and very catchy, from the energetic music of the bar to the peaceful music of the night cycle or the creepy tones of the church dungeon and the daytime music, which I am currently humming as I write (trust me, you’d understand if you listened to it).

All the sounds are well done and reflect what is happening on-screen such as squishing of slime, the crunch of food being eaten, or the sparks and sounds of fire burning in your hearth being some great examples. The sound mixing is superb, with no sound lag or balancing issues. The game features no formal voice acting, instead taking the Banjo-Kazooie approach of random sounds to simulate talking during conversations which is quite humorous albeit a little disappointing. 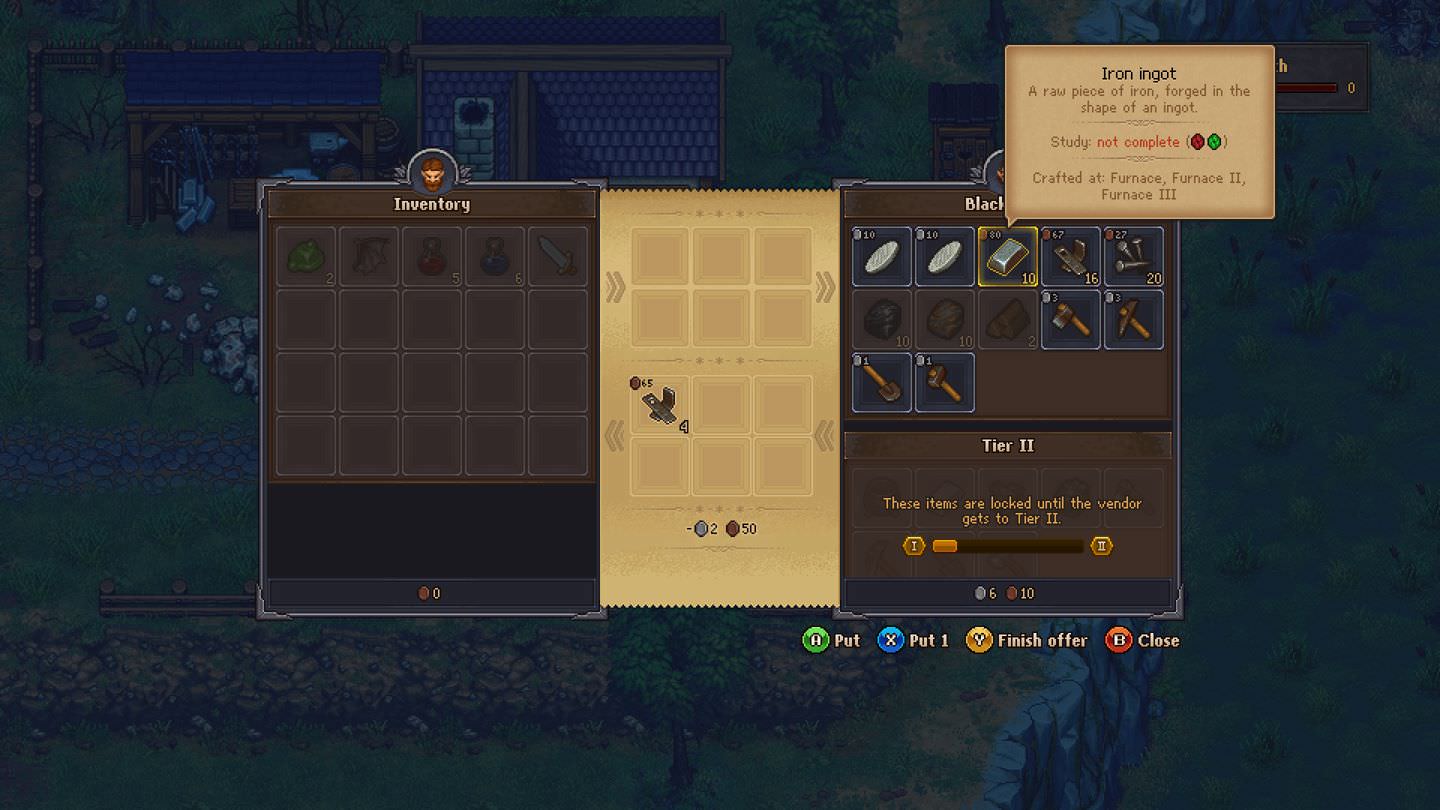 The game features no online or multiplayer, which is an non-issue as it is a solely single player experience driven by the players themselves, but I can see this title having a modding scene (for the Steam version at least) in the future as the simplicity of the graphics and open-ended gameplay leaves an opening for new characters, quests, or areas being designed by fans, but this is purely speculation (as well as wishful thinking). 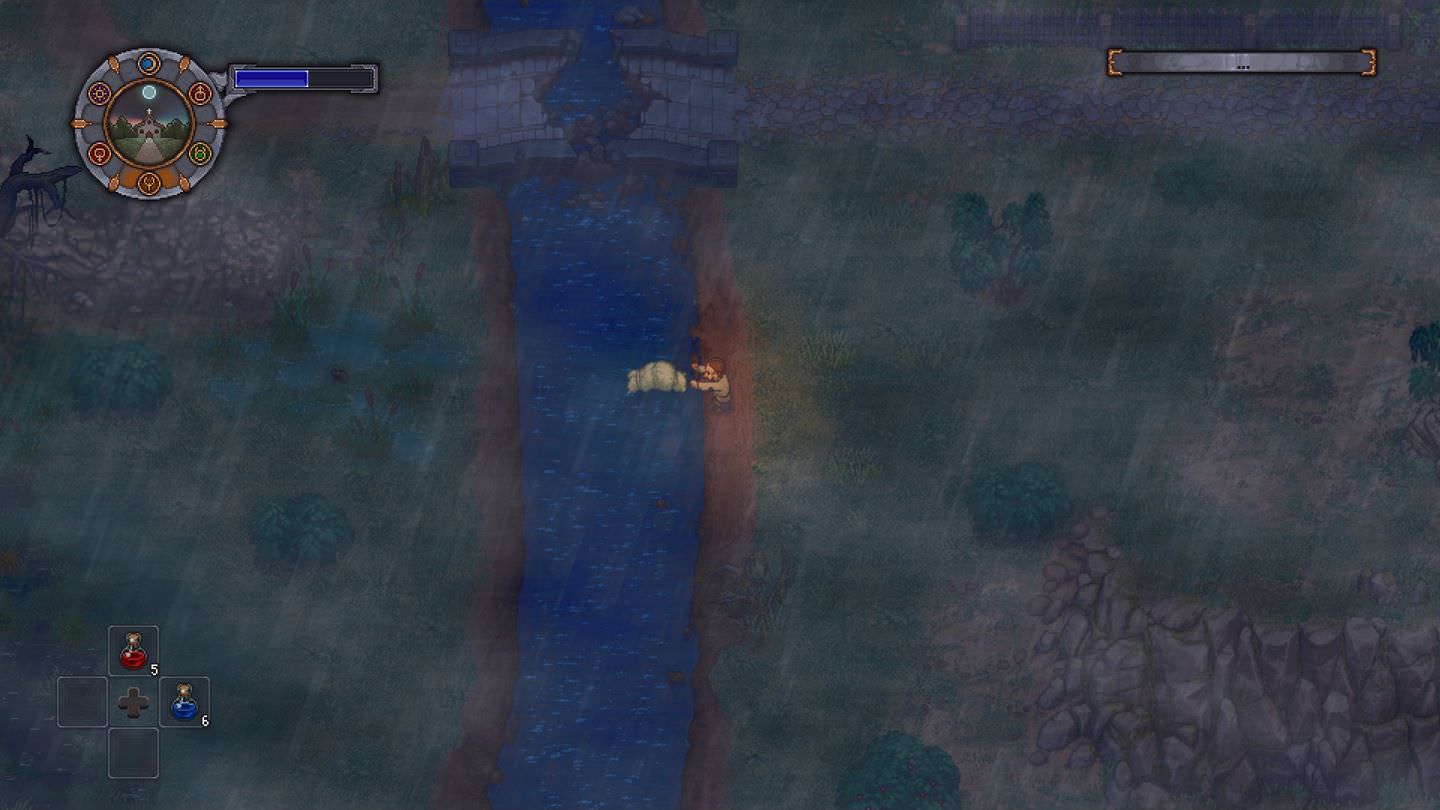 To put it bluntly, I could beat this entire game once or twice and still be ready to play it again and again. Like its spiritual predecessor of sorts Punch Club, Graveyard Keeper is a game that gets better the more you play it as you discover more things to do. You could pursue the story and escape the medieval world you were transported into or you can just live your new life as the keeper. That’s what makes Graveyard Keeper so great- you truly are the keeper instead of playing the role. With constant updates being released as well, I can see Graveyard Keeper getting even more content in the near future. Don’t be shocked to see yourself reaching 30-40 hours of gameplay within mere days, because that’s what happened to me and I have zero regrets. 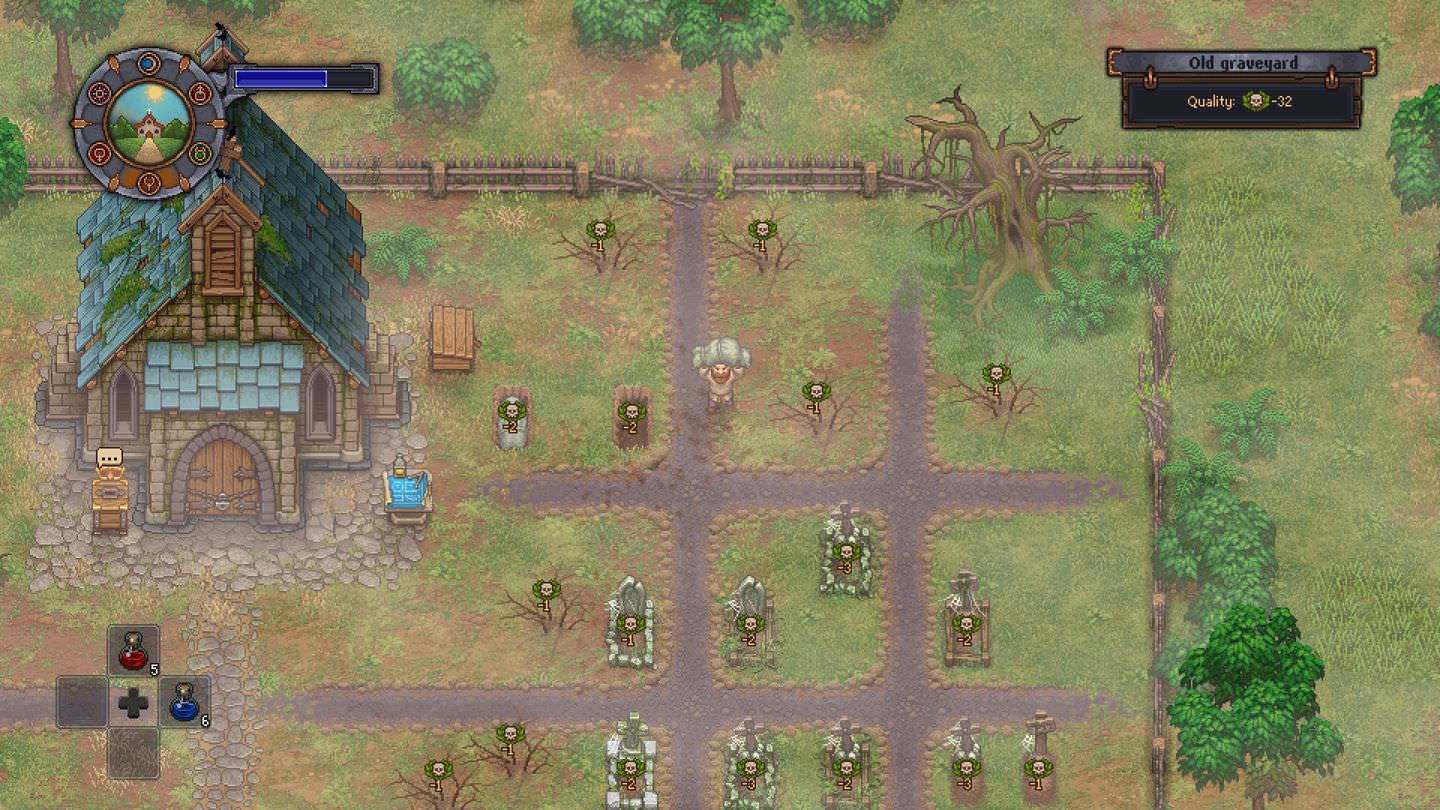 Let’s make this simple. I love this game and it personally is my favorite game this year. I cannot stop singing it praise because as a huge fan of managment type games, this was right up my alley. Along with its clever writing and fresh take on medieval fantasy, Graveyard Keeper is a solid management sim with so much to do that you may be lost in its world for months to come.

This is the only graveyard shift I am excited to take! If you are a fan of management sims such as Stardew Valley, Punch Club, or Harvest Moon, don’t sleep on Graveyard Keeper. Act now, because XBOX players with the Game Pass service can play it for FREE. Truly worthy of its title as an RGN Platinum Game, I cannot wait to see what Lazy Bear has to offer after this absolute masterpiece. I personally prefer the console version as full controller support hasn’t been put into the PC version as of now (September 4th, 2018) but both versions are fantastic and would highly suggest having either version in your collection.

Review Copy Info: A Steam code was provided to RGN for free by the publisher for review purposes, whereas the Xbox version of the game was purchased by RealGamerNewZ before it became available for free as part of the Xbox Game Pass. The two versions are compared in this review.