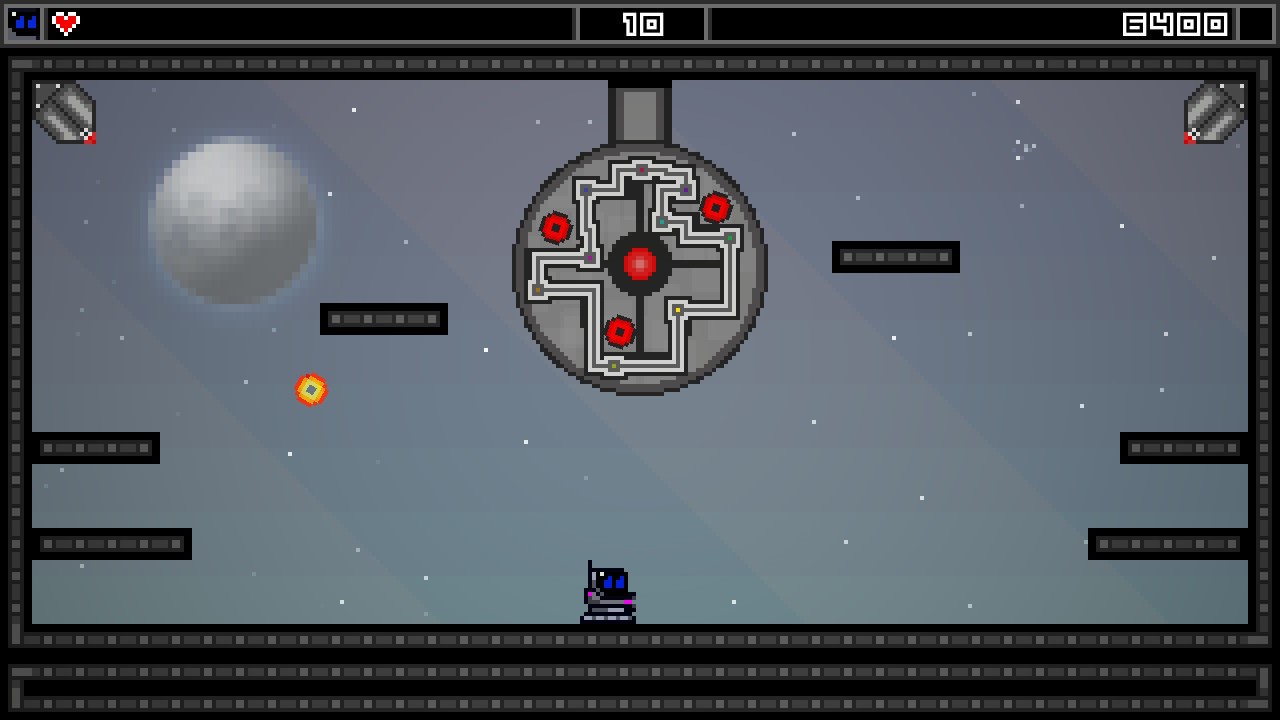 Robbotto is a retro arcade-style platformer with a pixel aesthetic that harkens back to the days of spending all my quarters at the arcade without the sadness of the empty pockets an hour later. It is a passion project by Mårten Jonsson, a solo game developer who was inspired by the NES gem called Bubble Bobble. 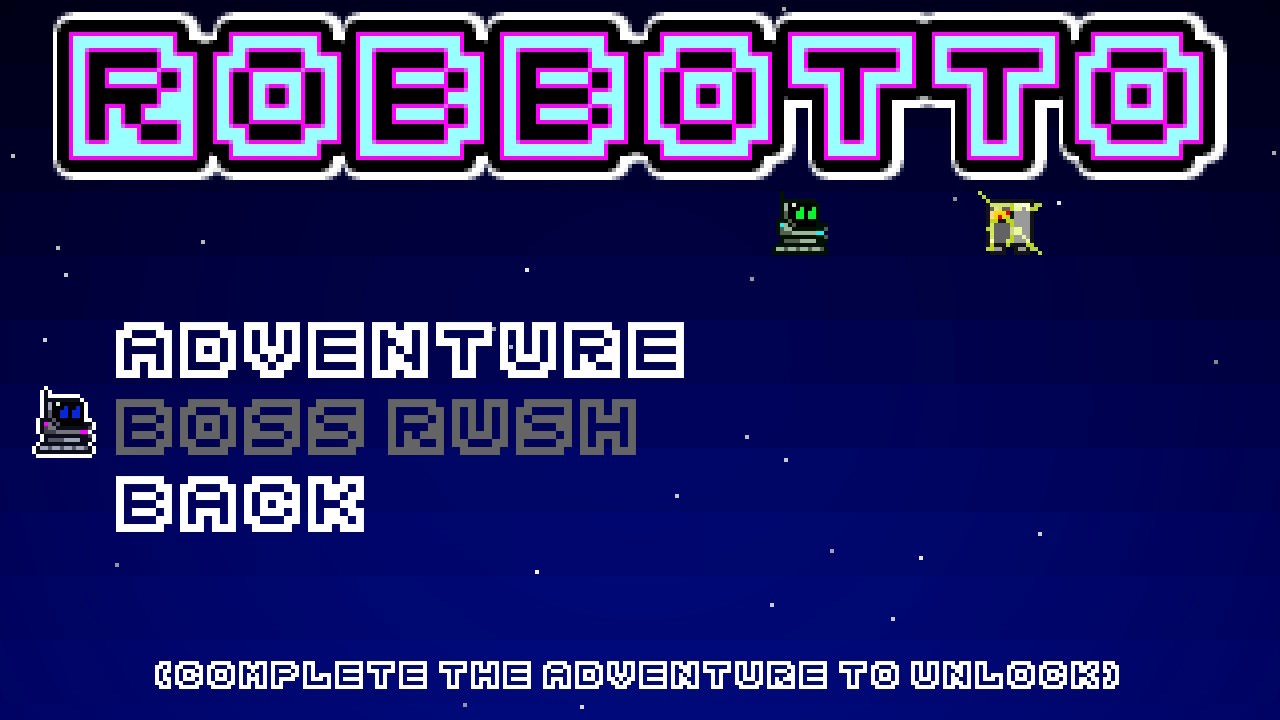 Robbotto follows the antics of Robb and Otto, two maintenance robots on a usually peaceful space freighter that unfortunately goes through a magnetic storm in its travels, rendering all machinery and robots on-board crazy and evil (aside from the titular protagonists). This means our two maintenance drones turn into maintenance heroes on a quest to disable the malfunctioning robots and machinery. While bare-bones, this story does what it needs to do to set the stage for the quest ahead just like the arcade titles that this game emulates. 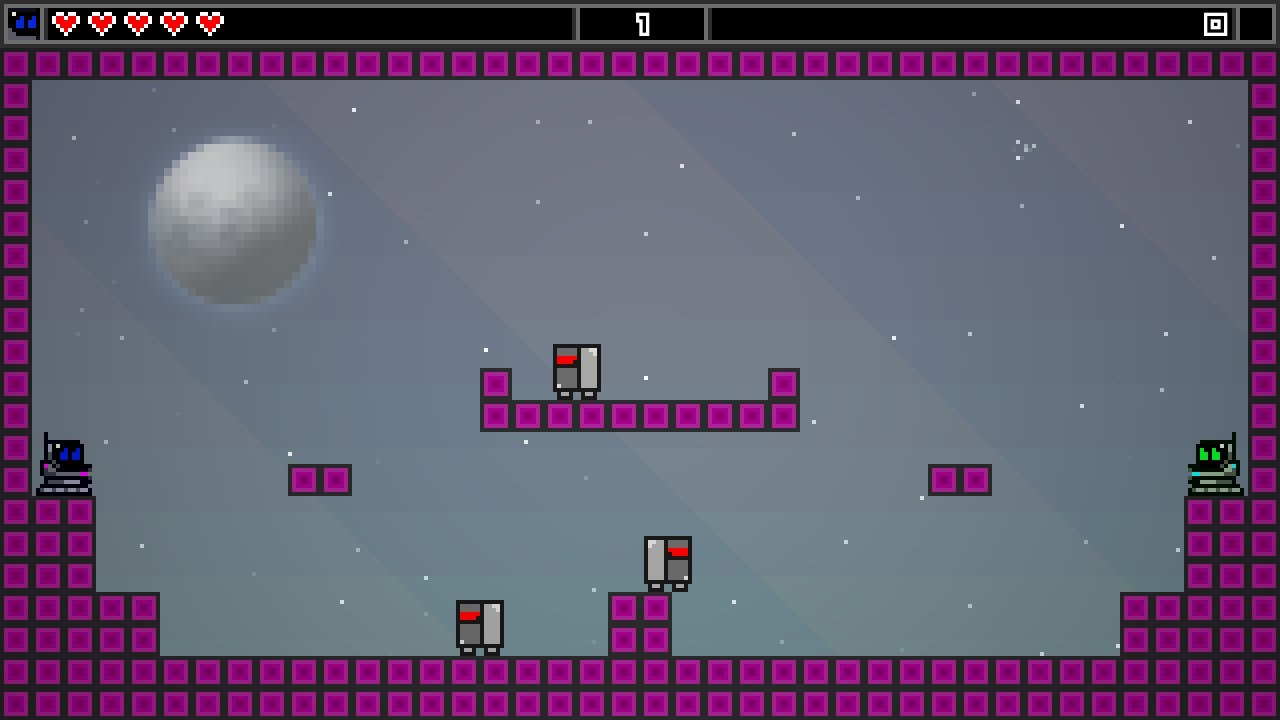 Playing similarly to Bubble Bobble, players take the role of Robb or Otto following a simple level structure of stunning and disabling enemies with the use of a electrical pulse and a water gun in a two step process and then proceeding to the next level whilst avoiding being hit as it’s only one hit before you die. Each level is brief, allowing for pick up and play.

With an arcade-inspired ‘lives’ system where players start with 5 lives and have their scores recorded upon losing all their lives – but upon Game Over, you can continue from the level you died on with lives restored which makes the game a blast to continue to play as you figure out strategies and learning enemy patterns. Every ten levels, you are confronted by a boss robot which has its own patterns different to the simple enemies you face.

Featuring 100 levels with twenty different basic enemies, such as a drone that just walks back and forth or a defense robot that fights back in the early levels for example as well as ten different bosses, there’s a lot to see and a lot more to destroy. With a simple control scheme of jumping, walking left and right as well as the two attacks, you don’t need to be a pro gamer to enjoy. 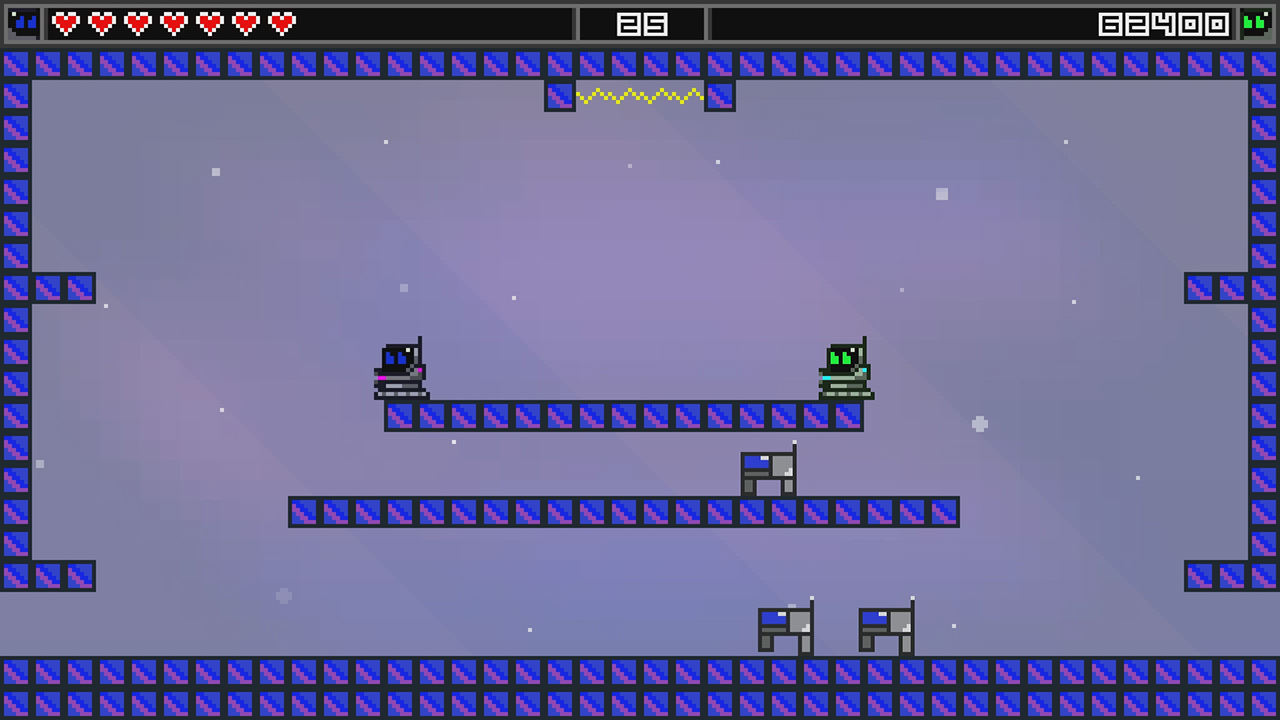 Robbotto features a pixel aesthetic with well designed sprites that can be as simple as just a square robot to the more intricate robots that resemble ROB the Robot of Nintendo fame or ones that resemble scorpions. This doesn’t even include the boss enemies that are sprawling machines of multiple small and large parts that create an overall behemoth of machinery.

While many argue that pixel aesthetics are becoming too common in today’s games, I believe that this game shines because of how its designed. On a performance standpoint, I had absolutely zero issues with the game itself playing it on the Switch where a lot of botched ports do end up and Retroid made sure that this version was well-done and can be assumed to be on par with its PC version.

While featuring no voice acting to speak of, Robbotto has a great chip tune soundtrack that brings me back to the beeps and boops of playing retro games of the GameBoy and NES era as well as simple yet well-produced sound design that feels at home in this retro love letter. 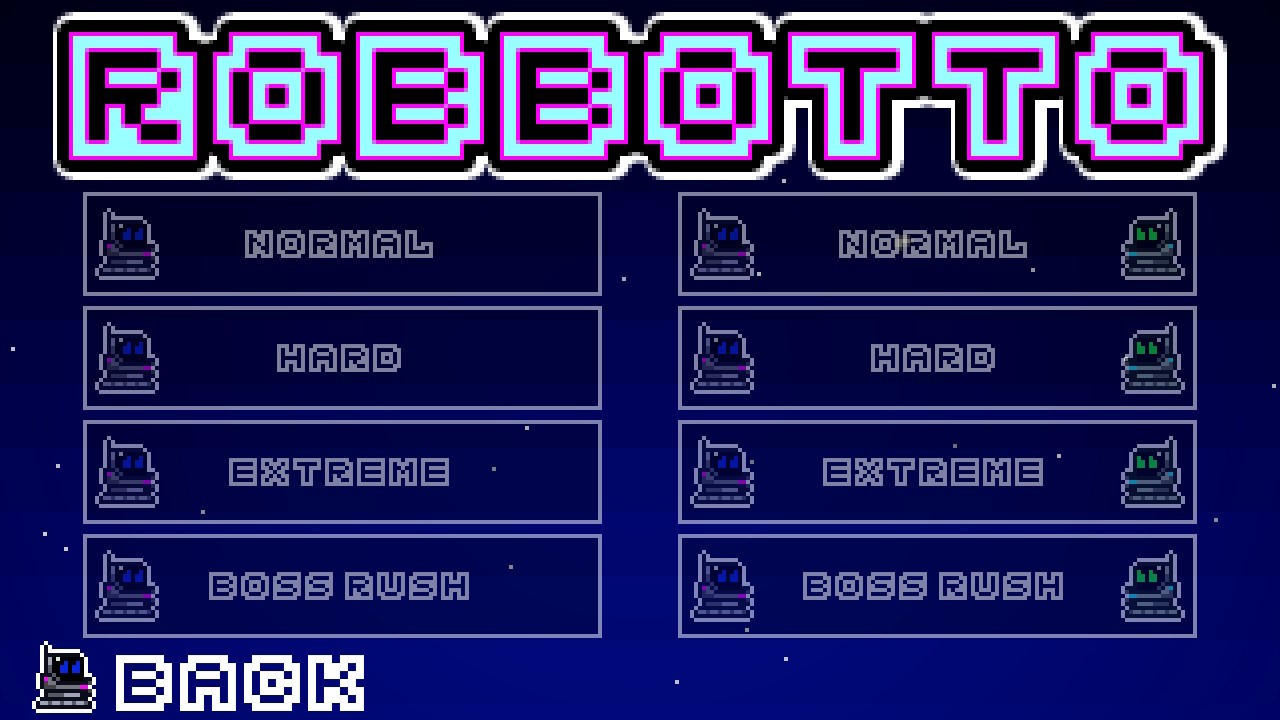 While there are no online features in Robbotto, the game features a couch co-op multiplayer mode where players must work together as instead of controlling both functions of stun and water gun, each player is given one task and must truly team up to stop the malfunctioning robots as a team. Whilst jarring at first, this multiplayer mode is an absolute blast to play and adds a lot to the replay value. My girlfriend and I had so much fun once we got in sync.

With one hundred levels that can be played in both single player and multiplayer along with a boss rush mode unlocked after completion of the story portion and the addition of “achievements” earned by completing various tasks such as clearing each mode on single and multiplayer along with a leader board that keeps track of your scores so you can improve each and every time you play. The fact its also on a portable console such as the Switch adds to the replay value as the pick up and play style progression works well on a portable console. 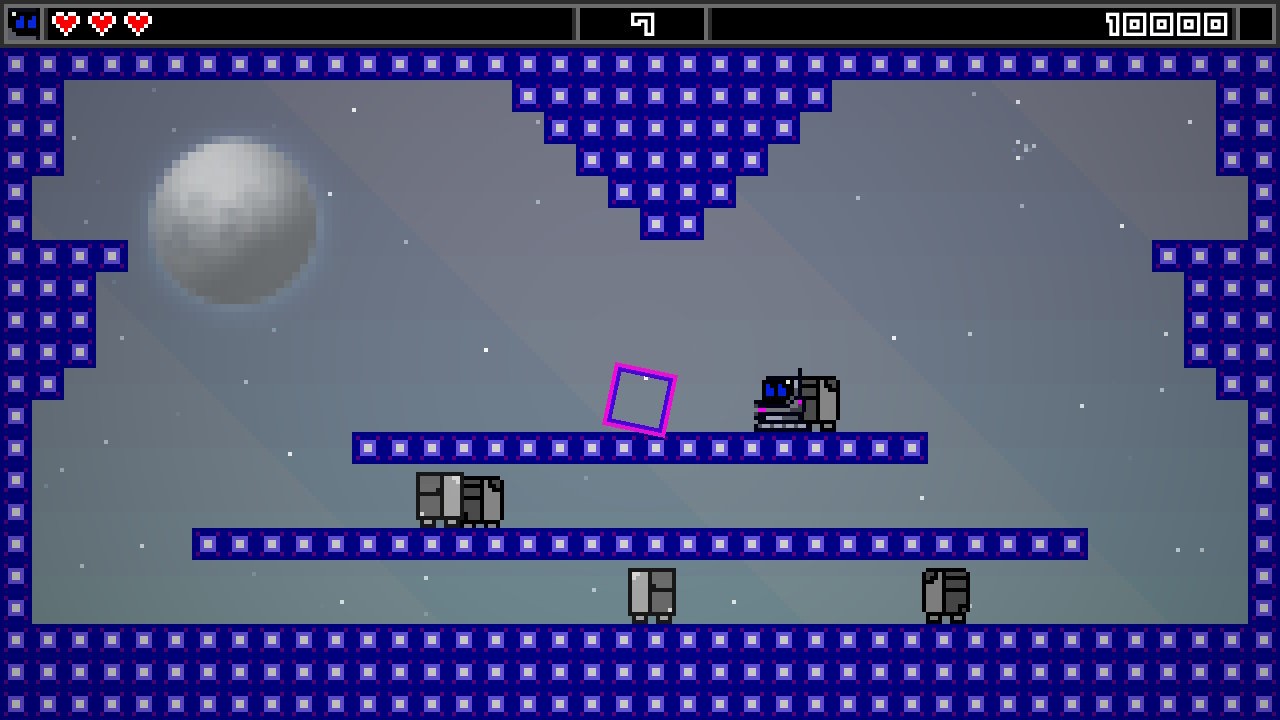 While not groundbreaking by today’s standards, Robbotto is a great overall experience that can be enjoyed by players of all ages and skill levels. It is truly a love letter to games of yesteryear and if you are looking for a good game at a decent price, save your quarters and pick this game up either for your Switch or PC and I highly recommend adding it to your Switch collection if you are looking for something you can enjoy in tabletop mode.

Review Copy Info: A digital copy of the game was provided to RGN for free by the publisher for review purposes. 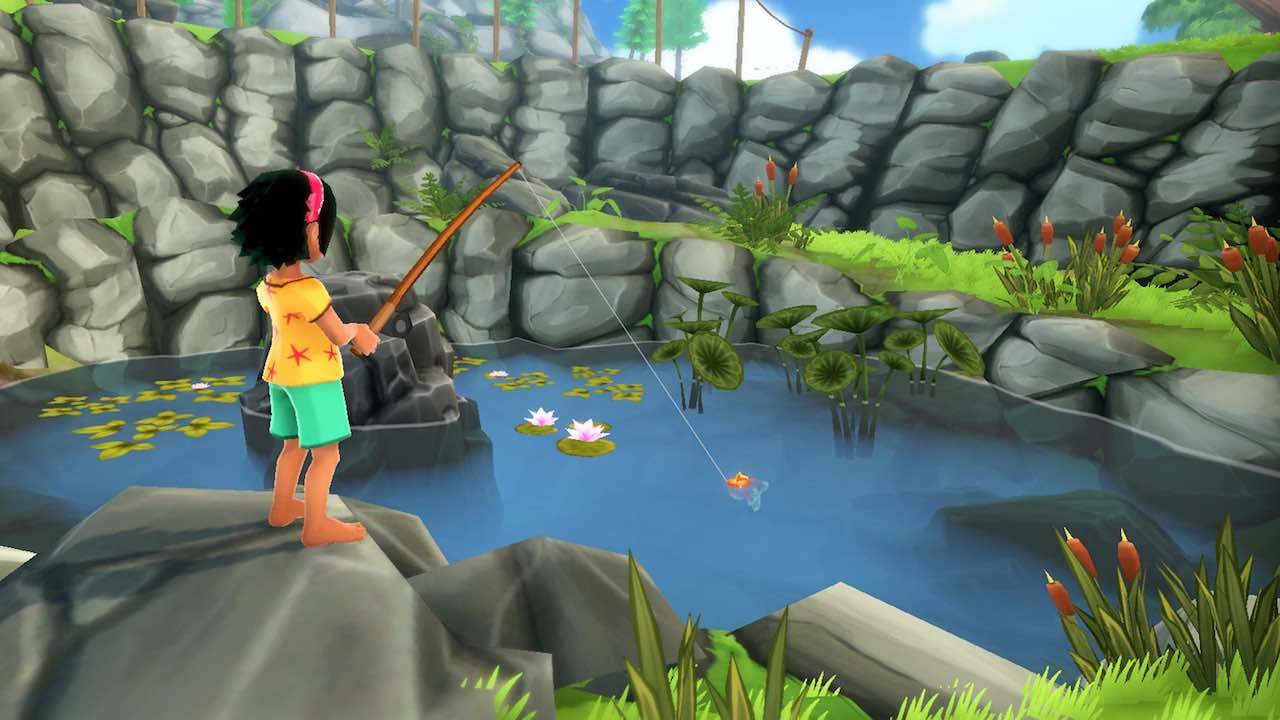