This Is The Police 2 Review 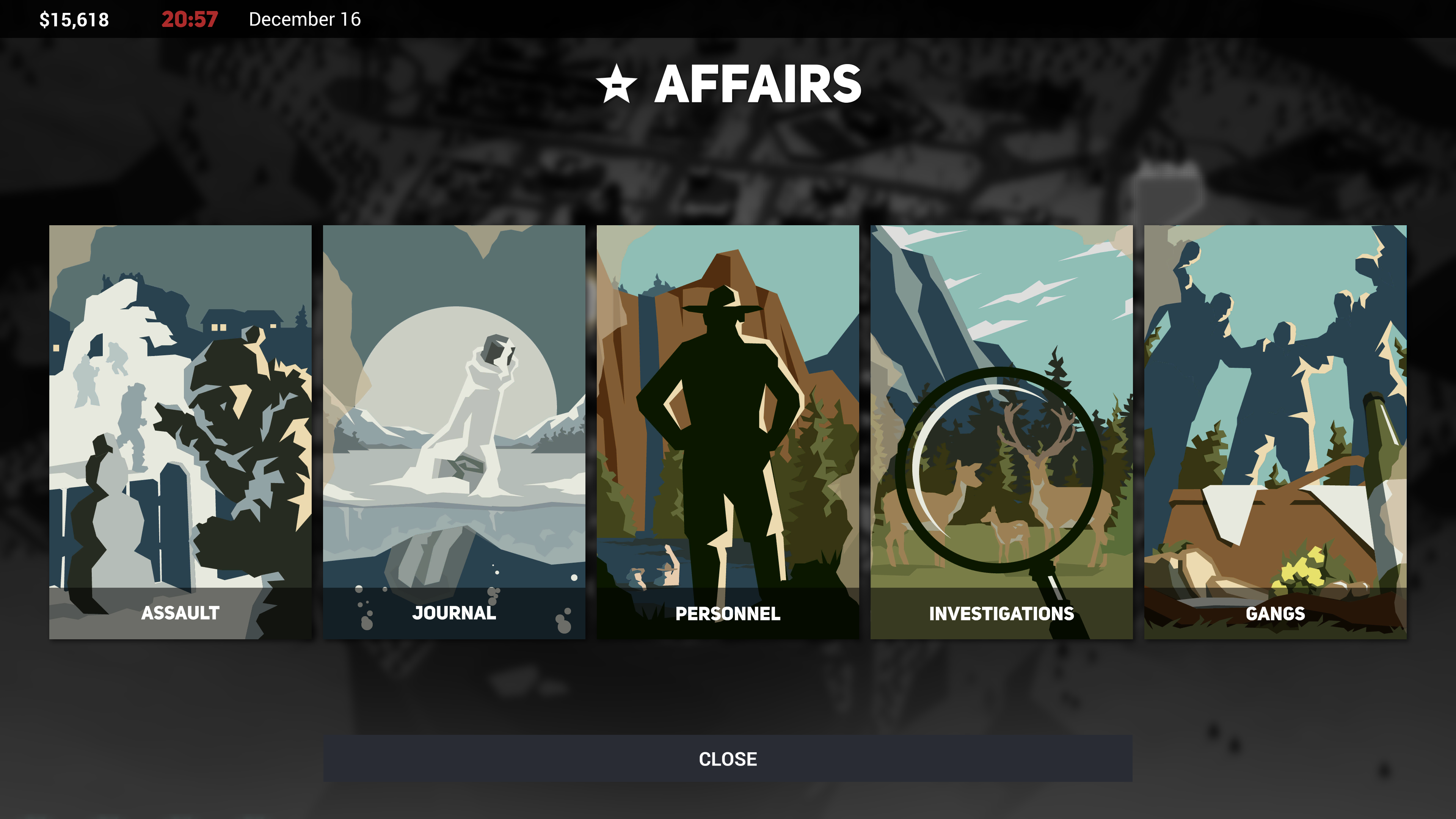 This Is The Police 2 is a very compulsive game and if you are into games that are very hard to put down then this is the game you’re looking for. The people from Weappy Studio have furthered their story of Jack Boyd as he runs from the feds and other organizations that want him either put away or dead. 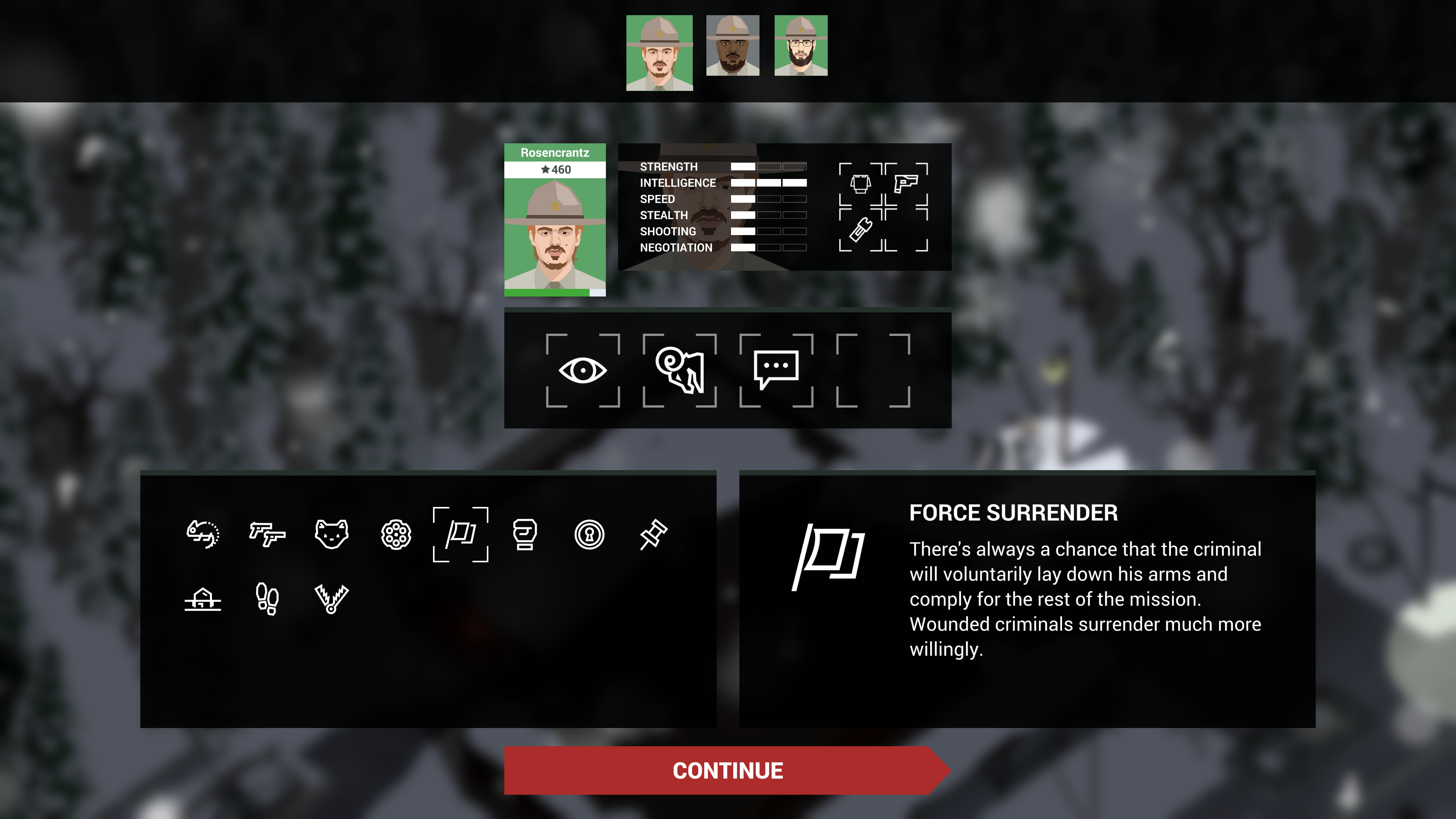 This sequel takes place in the small town of Sharpwood where Jack finds himself staying in a small cabin. As luck would have it the police have suspicion on certain gangs around town have been stowing away their illegal material in this cabin. Jack Boyd is then arrested under suspicion of aiding the town’s local gangs but somehow talks his way into to being the sheriff’s new right hand man. After the old sheriff’s death the new sheriff Lilly Reed is very self conscious about herself and feels that she can’t even control her own department.

The story in this game is very well told especially when the game talks about the ex sheriff’s back story which lead to Lilly Reed becoming the new sheriff. Honestly, the game’s story is amazing and This Is The Police 2 is a game in which you’ll find a lot of replay ability. The characters have a lot of personality such as the officers you would encounter through the game. All the officers have their own strengths and have their own weaknesses such as the ability to use a baton and a taser or some might be able to use a taser but dislike using batons on the fact that they aren’t very well leveled on the weapon.

The game begins on starting you out making your own schedule for the day deciding which officers you will be using for the day. Some of the officers will have high stats, then again some will have stats in which you will have to choose wisely on who will be on the schedule for that day. Many of the deputies have their own quirks and issues, some of which you may find are not worth the effort of dealing with. Not to mention, on any given day one or more of your deputies will either not show up or plead for time off for one reason or another. Some come to you with skills already acquired, while others you will have to train up as they gain field experience.

When the game begins you are prompted to send officers out on 911 calls through out town to help out the locals and further yourself through the story. Each call has its own level of difficulty and has its own specific encounter. Say an officer has a power level of 241 but the call has a level of 300 you will need to match the power level to the mission in order to send officers out on call. Some officers disagree to go alone so some of them will request that they be sent with backup so they won’t have to worry about being injured.

The graphics for This Is The Police 2 look beautiful and the title’s engine runs very well. Cut scenes in the game are also very well drawn up and the game’s got a very unique look about it overall. The way the characters move and interact with each other shows a lot of personality and well executed game design married to a charming art style. 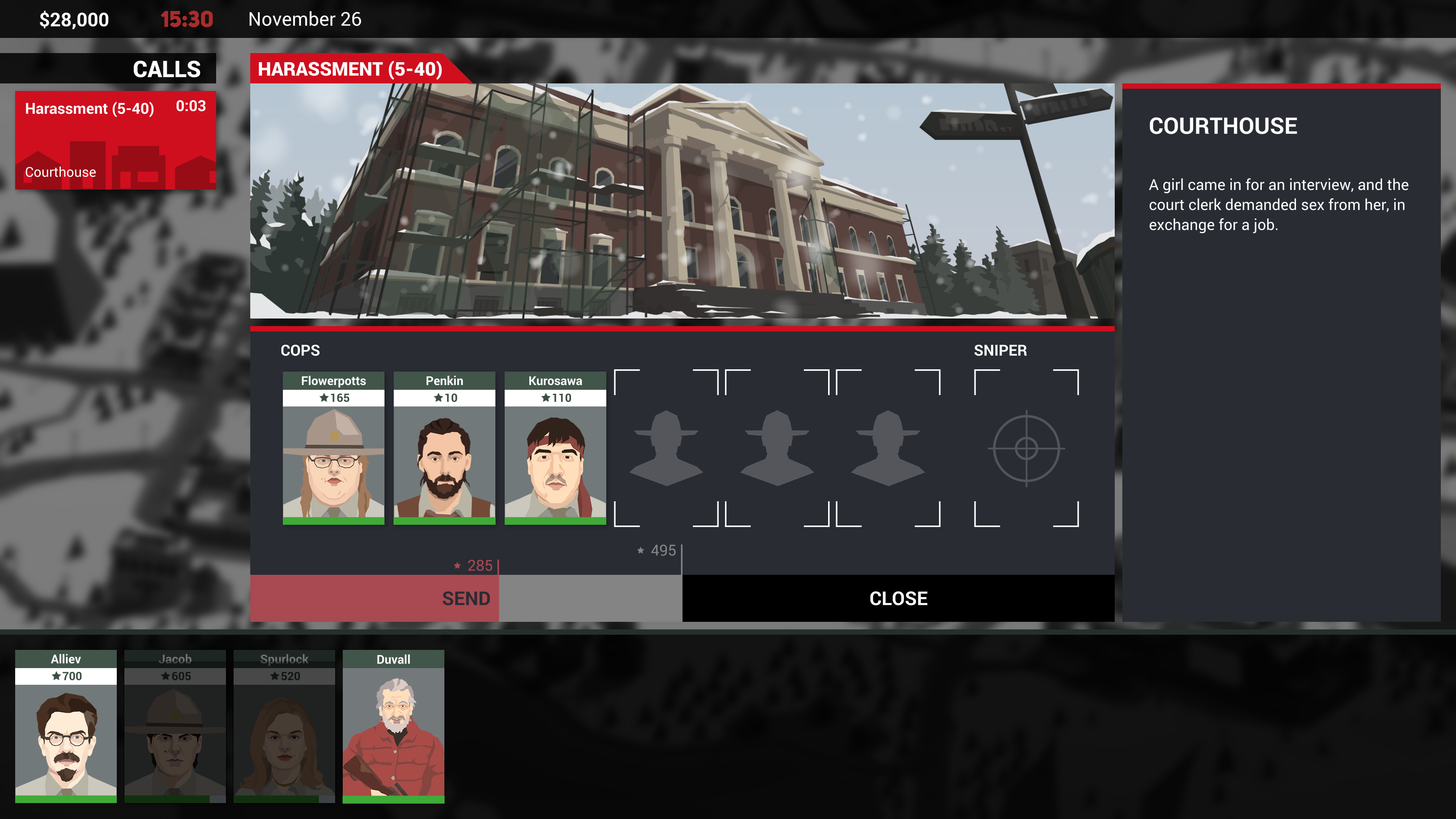 This Is The Police 2 has a musical soundtrack that is good but in some parts of the game it would be great if they could add more tracks to some areas and is one aspect of the game which would make it a lot better in my opinion. The character dialogue is great, the way the characters have certain arguments or how they would banter on about certain situation with work or their daily live makes it feel like these are real people and we’re hearing about their daily lives. So far I’ve beaten the game about 3 times and every time it feels like it’s a different play-through every time.

This game is easily playable by anyone who is either a hardcore gamer or even if they are just searching for a game they can lay back and enjoy themselves in. This Is The Police 2 is a game for those who want to enjoy their time and enjoy a very great story and gameplay design. The developers have made this game into a very interesting experience for me and I hope to see them make other games in a broad range of other topics as well. Most importantly of all, I must say that Weappy Studio has made another big hit and have really made the time spent on this game worthwhile for all types of players. RGN gives This Is The Police 2 an 8.5 out of 10 making it one of our Silver 2018 Games. It’s one of the best indie games of 2018, I highly recommend playing it on any platform of your choice and I can’t wait to see the future projects from these talented developers.

Review Copy Info: Two digital copies of this game were provided to RGN for free by the publisher for the purpose of this review.