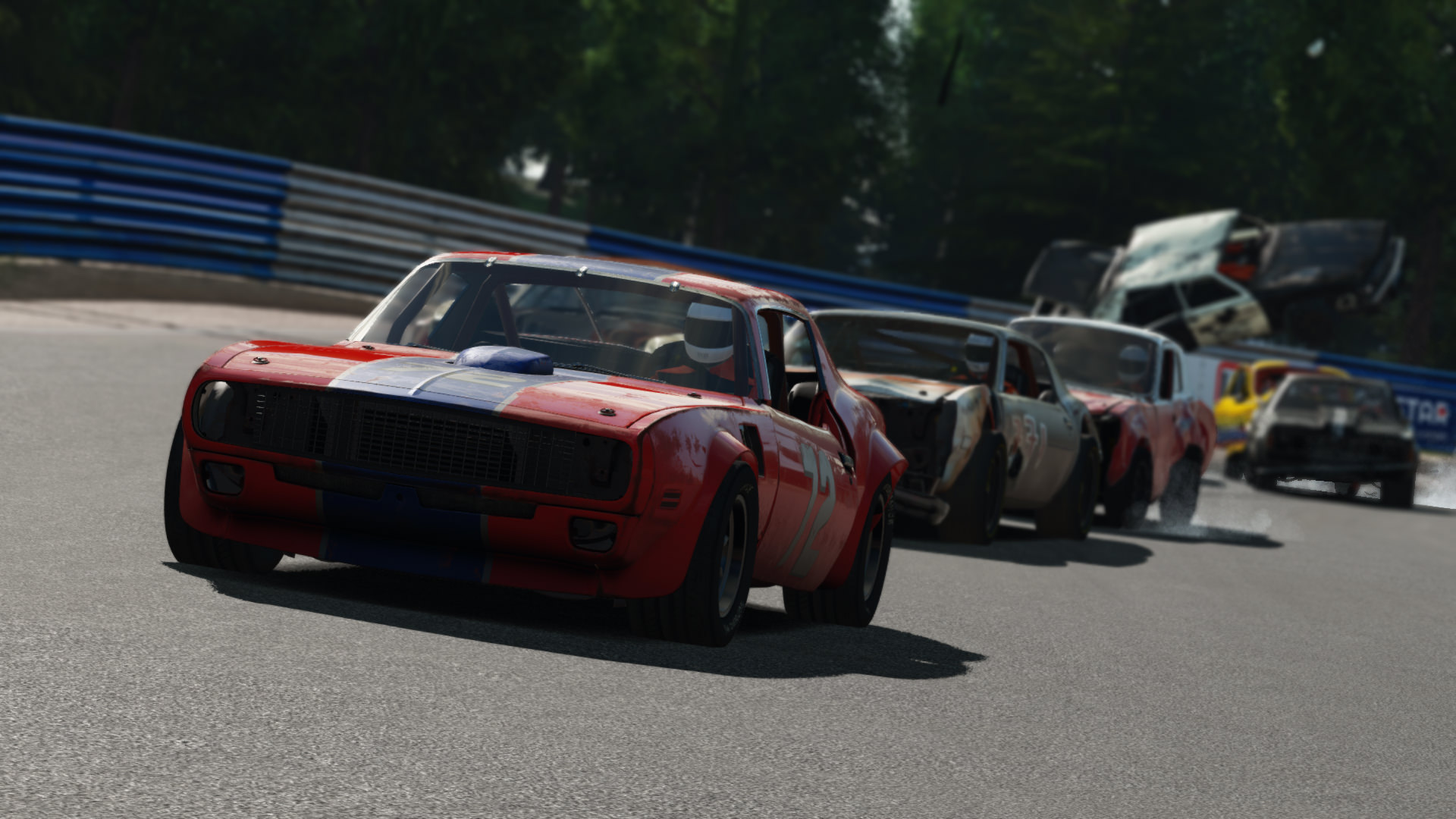 Wreckfest comes from Bugbear Entertainment, a developer that has been around for 16 years and is no stranger to making car games. They are the developer of FlatOut, FlatOut 2, and FlatOut: Ultimate Carnage. They also created Ridge Racer Unbounded as well. Wreckfest has come a long way since originally starting development in 2012 and marketing shortly thereafter as “The Next Car Game”.  The project gained much attention and Bugbear started off its release path on Steam Early Access with November 20, 2018 recently set as a release date for Xbox One and PS4.

Wreckfest is broken up with two different ways to play. One is the career and the other is multiplayer. In the career mode there are several tiers to master, they are; Regional Juniors, National Amateurs, Challengers, Pro Internationals, and World Masters. The racing starts out in true fashion as it pits you in a demolition derby against the meanest vehicles out. From there, the action will take users from racing D class vehicles to A class racing. 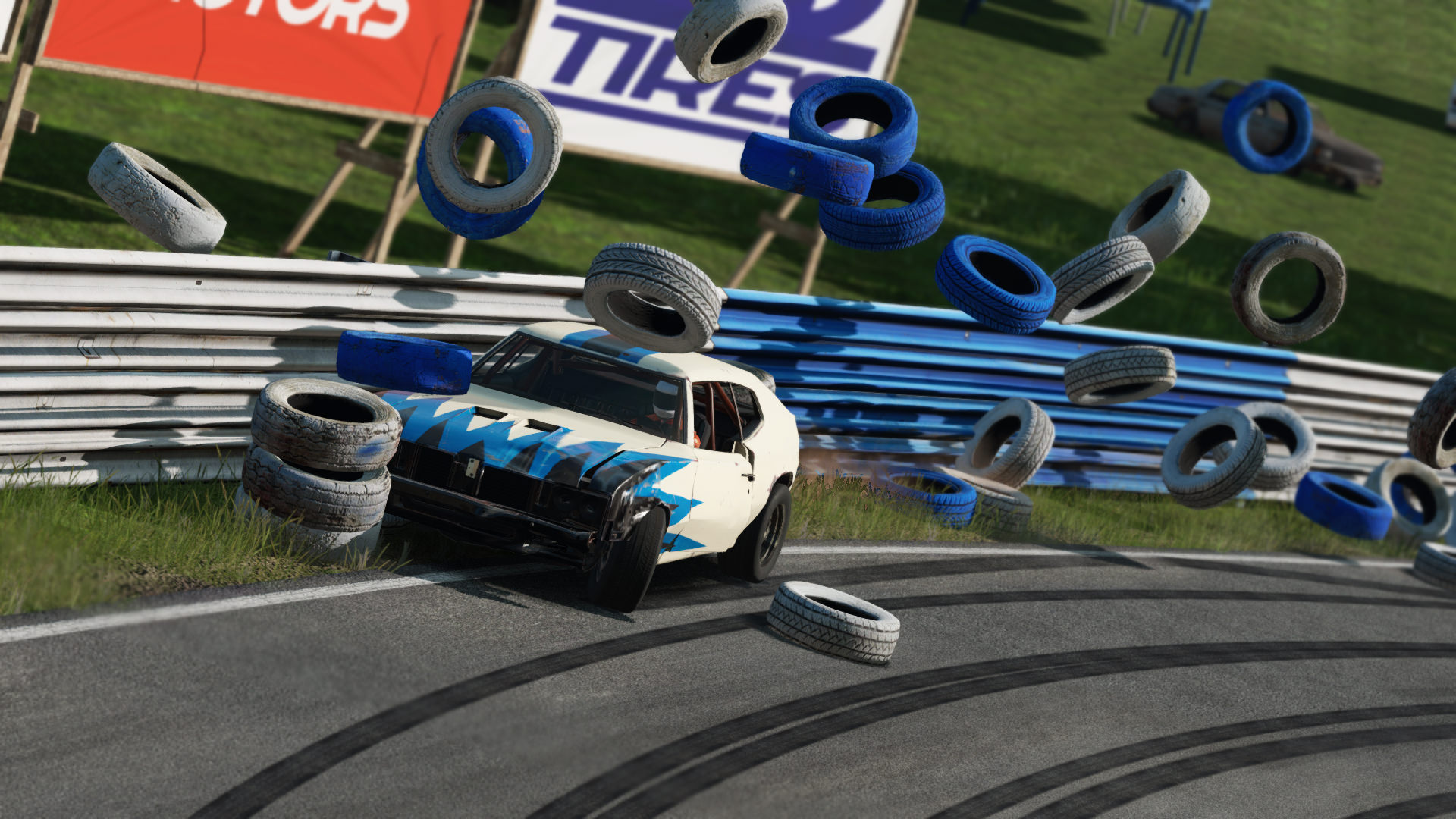 Each tier of racing is a mixed bag of various rules and objectives ranging from Banger Racing, Demolition Racing, Death Match, and all the way to Demo Derby. There is also special racing events that show up such as School Bus Racing and Harvester Destruction. These races are a ton of fun and really switch it up from normal racing. While progressing through the campaign the user will earn experience to level up an in-game currency so they can buy new cars and upgrade their vehicles in both performance and armor. Vehicles are also unlocked by racing through different races as well as performance parts and armor unlocks, some for certain vehicles while others are usable for all vehicles.

Wreckfest really opens up when you go from racing AI to real racers online in multiplayer. Multiplayer is a variety pack of different servers from around the world. There are people doing Banger Racing, Demo Derby, Sim Racing, and Custom Races. One of the nice features of coming online to race is that the user doesn’t need to have cars unlocked so they can choose almost any car to race online with the exception of a few special vehicles. The only downside about this is that these vehicles can’t be customized and have no performance upgrades unless you have them in your garage. 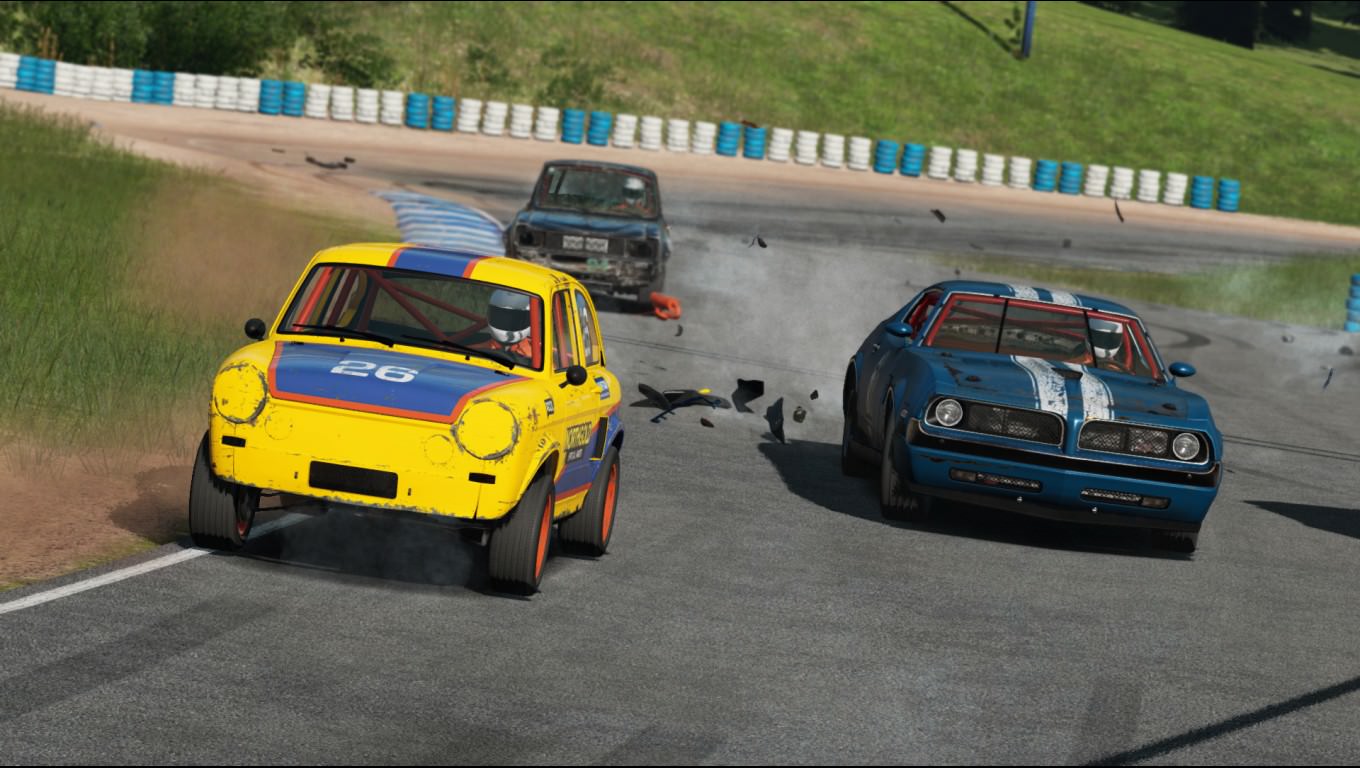 At the current time of writing there isn’t a huge showing online for Wreckfest with a lot of servers sadly empty, but the ones that are open are usually full and are easy to get into. Racing online is a riot. It’s very competitive and fun. There’s lots of banter in the chat between racers. The game is also very inviting to new players who may not be into racing titles. It’s easy to pick up and takes time to master the different driving mechanics.

Wreckfest is running on an in-house engine called Romu. It’s an awesome engine that shows the damage to your vehicle as you’re driving whether it comes from getting hit, running into a wall, or even accidentally sliding into a pile of tires on the side of the track. This game engine is nice and it allows the user to feel the bumps on the track or when the weight in the vehicle shifts going around corners. Such a long development cycle certainly has paid off well. 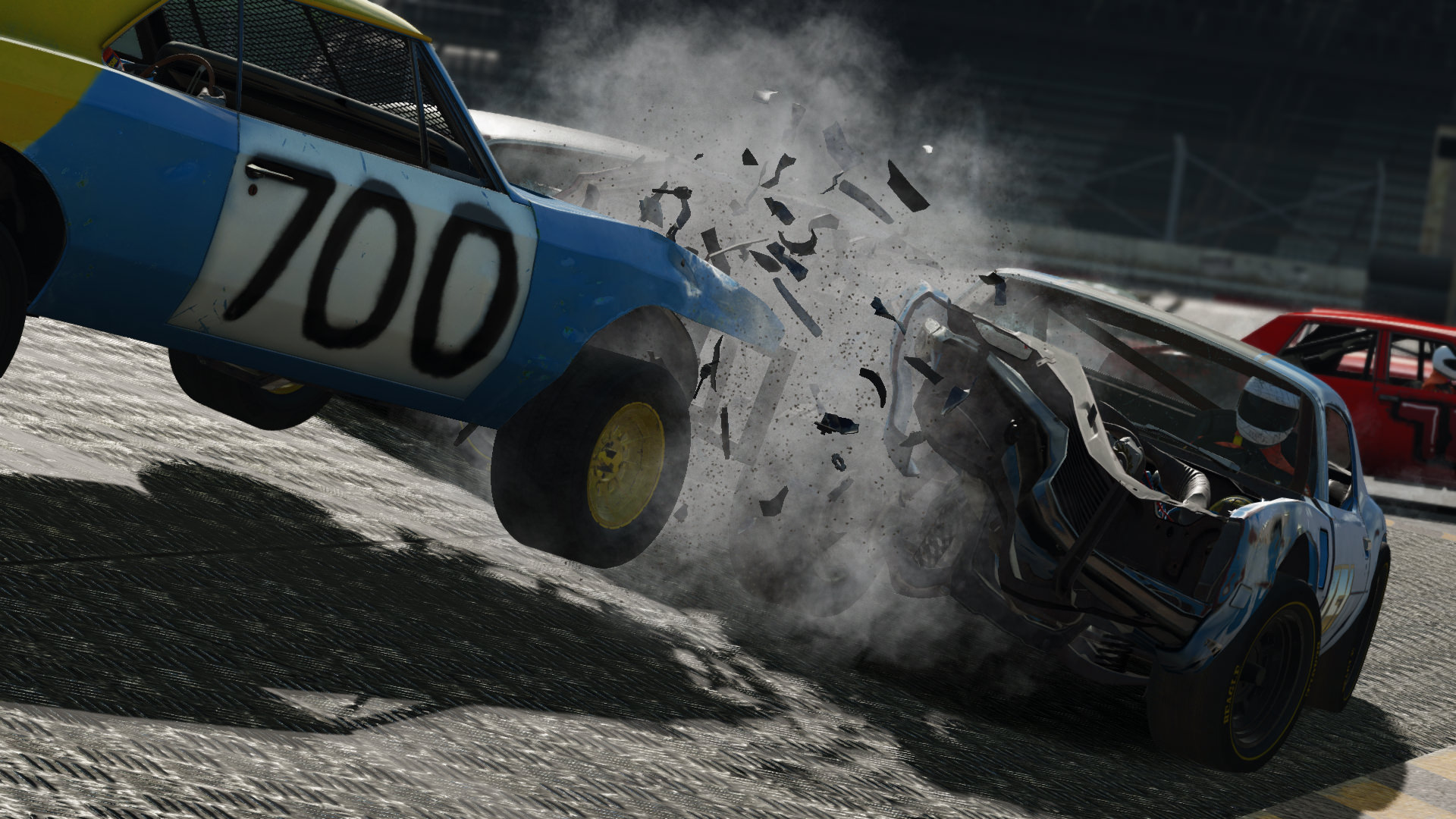 I’m primarily running this game on an NVIDIA GeForce 1080TI and this game is drop dead gorgeous. But even on my other PC with a 1050TI it still runs really well. One of the best parts of racing online is seeing all the debris from other racers on the road. There is metal everywhere. It’s fun to also see other racers driving around with half of their vehicle missing. The dynamic damage in the game is amazing and is easily some of the best I’ve ever seen in a racing game. The track feels alive as walls and barriers go flying from vehicles striking them. Even concrete walls on tracks come flying off as players are hitting them.

The replay value for Wreckfest is high. The single player is great and gives lots of racing options. The multiplayer keeps on bringing the user back time and time again. Lots of great lobbies are available to join online and the community is fun to play with as well. Chat is toxic at times, but what multiplayer game doesn’t have that? Different servers have different multiplayer nights, so they may add in special vehicles, which really changes up the gameplay. There is also a voting system for booting out bad or toxic players. The developer is doing an amazing job with updates to the game and there are new mods coming out all the time. Wreckfest does have some bugs but they are getting ironed out and I can’t wait for this game to be brought to PlayStation 4 and Xbox One this November.